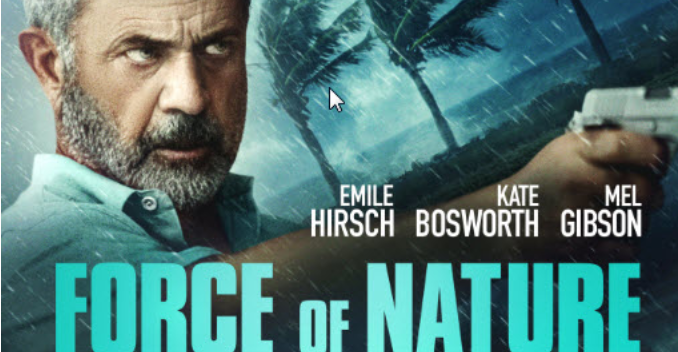 I was getting ready to write this: Notorious anti-Semite, racist, and misogynist Mel Gibson is back. He looked deranged as ever in his new straight to video release, called “Force of Nature.” His co-stars are Emile Hirsch, who once punched a female publicist in Hollywood, and Kate Bosworth, who is married to the director, Michael Polish. The whole thing goes digital on June 30th and will be very popular in Albania, or someplace where Mel’s comments about the Holocaust– “at this point it’s a numbers game” — aren’t a concern.

Then I looked on Wikipedia, and it turns out Hutton Gibson DIED on May 11th and no one told us. Hallelujah! Neo-Nazi loving, anti-Arch Diocese, bizarre rogue Catholic Hutton was 101, almost 102. Did corona virus kill him? Who knows! But Hutton Gibson was a bad, bad guy who was a Holocaust denier and all around crazy person. As noted in Wikipedia, he was quoted as saying the Second Vatican Council was “a Masonic plot backed by the Jews.” He also hated every Pope and railed against the Catholic church even though he was Catholic.

It was for Hutton that Mel built his Holy Family church in Malibu (Agoura Hills) funded with $70 million tax free through Mel’s AP Reilly Foundation. It continues in blissful ignorance to this day. Mel, meantime, you know, had seven kids with first wife Robyn, cheated on her, had his famous DUI incident which revealed all his horrible traits to the world. Then he hooked up with much younger Oksana Grigorieva, gave crazy interviews about the Holocaust, basically lost his career. Now he’s with some young Tootsie and he has a kid who’s younger than his grandchildren.

As for Hutton, hell is too good a fate. Also from Wikipedia: In a 2003 interview he questioned how the Nazis could have disposed of six million bodies during the Holocaust and claimed that the September 11, 2001 attacks were perpetrated by remote control.

So roast in Hell, Hutton. And everyone ignore “Force of Nature” when it’s released this June. At least there’s no beaver involved.