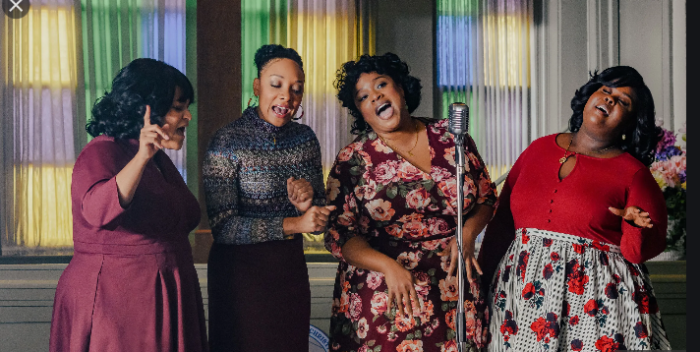 I know a lot of people were watching “The Clark Sisters: First Family of Gospel” on Saturday night. Social media was buzzing about it.

Queen Latifah, Mary J. Blige and Missy Elliott executive produced the film. But hats off to Holly Carter, who was the visionary behind “First Family,” and director Christine Swanson. Sylvia L. Jones and Camille Tucker wrote the screenplay. I was really impressed by their work. This is kind a formula movie but they bent it to their needs. Everyone of the Clark sisters and their mother, Mattie, were fleshed out enough that I remember every one of them even today. This wasn’t easy to do. Swanson also kept it moving with the musical pieces, which felt authentic and organic.

The actors were just right, too. Aunjanue Ellis was sensational as the rigid visionary Mattie Clark, the mother hen and “Joseph Jackson” of the family. I really liked the five Clark sisters (Christina Bell as “Twinkie,” Kierra Sheard as “Karen,” Raven Goodwin as “Denise,” Sheléa Frazier as “Dorinda,” Angela Birchett as “Jacky”). Each one brought something special to their character. Sheard is the real life daughter of Karen Clark, which was cool casting. Also, she can sing! Christina Bell as Twinkie broke my heart.

The Emmy Awards shun Lifetime as a crap cable channel. But “First Family” is special. They’d better get a raft of nominations above and below the line. This was not a “Don’t Steal My Daughter” film. It was a cut way above, and important to the black TV community. If the Emmys are really promoting diversity, they better have these women front and center next fall.