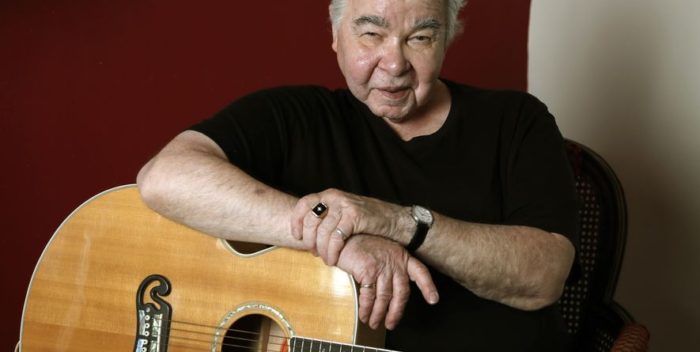 UPDATE 11:27PM Bonnie Raitt writes on Twitter: “Words can’t even come close. I’m crushed by the loss of my dear friend, John. My heart and love go out to Fiona and all the family. For all of us whose hearts are breaking, we will keep singing his songs and holding him near.

Bruce Springsteen: Over here on E Street, we are crushed by the loss of John Prine. John and I were “New Dylans” together in the early 70s and he was never anything but the loveliest guy in the world. A true national treasure and a songwriter for the ages. We send our love and prayers to his family.

I’m so sad to report that John Prine has succumbed to coronavirus at age 73. He had such a magnificent renaisssance in the last couple of years, this is a cruel way to go out.

Condolences to his wife Fiona, his family, and friends.

For years John laid low and had a cult following, and was not much in the public eye. But his return over the last two years with a great new album, “Tree of Forgiveness,” won him new fans, reactivated old fans, and brought him awards and accolades.

John’s hundreds of songs included two that will stand out forever: “Angel from Montgomery” and “Hello in There.” He won two Grammy Awards and was nominated for 9 more.

Wikipedia notes that during 2005 at the request of U.S. Poet Laureate Ted Kooser, John Prine became the first singer/songwriter to read and perform at the Library of Congress.

Most people became aware of John when Bette Midler included “Hello in There” on her debut album that year, “The Divine Miss M.” Here she is:

So many people have recorded “Angel from Montgomery” besides John, but I always think of Bonnie Raitt as the main cover artist. Carly Simon included a great one on her box set. Here’s Bonnie:

And here’s John with Emmylou Harris: