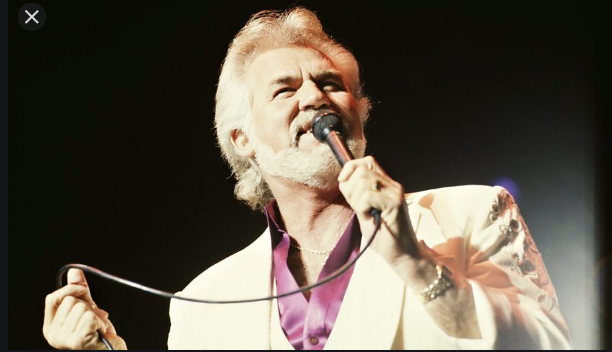 Kenny Rogers, the country music and pop superstar, has died at age 81. He’d been in poor health for a couple of years.

What a career, though. He had 24 number 1 hits, 3 Grammy Award wins, and 6 Country Music Awards. His career started with the New Christy Minstrels in the later 60s. By 1968, fronting the First Edition, he hit the top of the charts with  “Just Dropped In (To See What Condition My Condition Was In)”, followed by “Something’s Burning” and “Ruby, Don’t Take Your Love to Town.”

In 1975, Kenny went solo, leading to his breakthrough album, “The Gambler,” in 1978. In 1980, Kenny’s cover of Lionel Richie’s “Lady” went to number 1 on the pop charts. It was a huge crossover hit that solidified his career as a star. It also led to a career in acting, as “The Gambler” movie followed, with plenty more on TV. In 1983 he got his second number 1 pop hit with Dolly Parton, singing the BeeGees’ “Islands in the Stream.”

In 1985 he was the only country singer to appear on “We Are the World,” the Michael Jackson-Lionel Richie collaboration of top stars to raise money for hunger around the world. Appearing with Bob Dylan, Bruce Springsteen, Ray Charles, Dionne Warwick, Kenny was by now — with Dolly Parton and Loretta Lynn — the face of country music for a generation and known to pop audiences as well. Besides sheer talent — that buttery voice was unmistakable– his career was aided by manager Kenny Kragen, who managed Richie and put together “We Are the World” and Live Aid in America with the likes of Quincy Jones and Bob Geldof.

Kenny Rogers had five children from five marriages. In 2017, he announced his retirement and played one final show with Dolly Parton at the Bridgestone Arena in Nashville. Before she sang her classic “I Will Always Love You” to him, Dolly declared on stage: “I have a spot (in my heart) for you that’s never ever going to be touched by anybody else.”

PS You’re going to see a lot of photos of Kenny Rogers today. He had a full face lift at one point that drastically changed his looks. Vanity is a big part of show biz, it always has been. I like the original Kenny, the one I grew up with. But it didn’t change his voice, or his appeal to his millions of fans.

The Rogers family is sad to announce that Kenny Rogers passed away last night at 10:25PM at the age of 81. Rogers passed away peacefully at home from natural causes under the care of hospice and surrounded by his family. https://t.co/adxAgiMW2s pic.twitter.com/nggWiiotMT