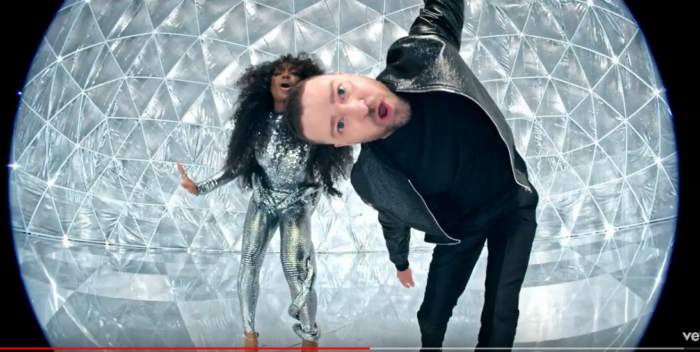 Justin Timberlake has dropped the first single from his “Trolls World Tour” soundtrack, with SZA. “The Other Side” is a cool piece of pop disco, a la his masterwork in this area, “Can’t Stop the Feeling.” RCA was smart to drop the single today, well in advance of tomorrow night’s Lady Gaga premiere of a new single called “Stupid Love.”

Justin says on Instagram that he’s been working for a year on the soundtrack which will also include Kelly Clarkson, Mary J Blige, George Clinton, Anderson Paak, and others. The movie comes April 17th with the album just preceding it.