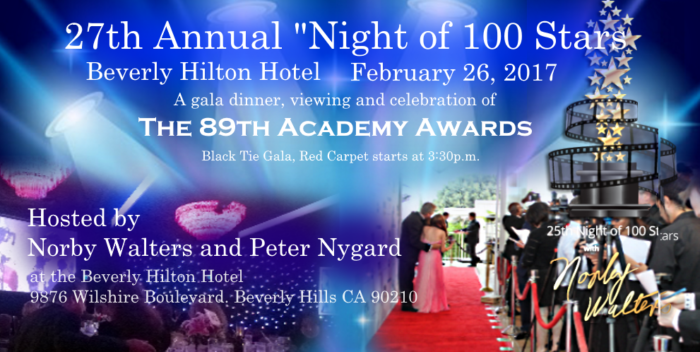 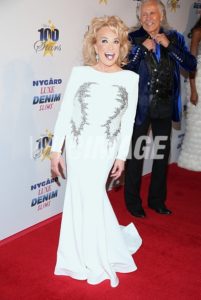 Peter Nygard is in trouble. Described as a fashion executive, Nygard has been accused of rape, sodomy and very depraved fetishes in a class action suit filed this week in Manhattan Federal Court. The charges make Jeffrey Epstein look like a newcomer in the field.

But there’s a Hollywood connection. For the better part of 25 years, Nygard underwrote and sponsored the annual Night of 100 Stars on Oscar night. The party, first held at the Beverly Hills Hotel and in later years at the Beverly Hilton, ran concurrently with the Academy Awards. Created by beloved Hollywood personality Norby Walters, Night of 100 Stars was “The Party for Everyone Else,” celebrities– a many from eons of TV – who had nothing to do with the Oscars.

It was at the Night of 100 Stars that you could meet Barbara Eden or Lassie or Lou Ferrigno, and so on. Aging ingenues, retired stars, people you thought had died, and so on were the specialty of the house. When the party was held at the Beverly Hills Hotel in the 2000s, it would end after the Best Picture was announced. Since it was in the ballroom downstairs, and Miramax hosted its post-Oscar party in the Polo Lounge, you’d arrive with Oscar winners from the show while bejeweled, formally attired guests of Walters and Nygard were exiting. It was a crazy juxtaposition of Hollywood then and now.

The last Night of 100 Stars was held in 2017 before Walters retired. Nygard, famous for living around the world and in Lyford Cay, Bahamas, hasn’t been much since then. But the party gave him access to a version of Hollywood, and a glamour he couldn’t access through the actual Oscars.

According to the NY Post: “The almost-billionaire lured at least 10 women to the manse under the guise of cash payments and lucrative modeling opportunities and said they were attending “pamper parties” where they were plied with booze, drugs and violently assaulted, the complaint, filed by the DiCello, Levitt, Gutzler and the Haba Law Firm, alleges.”

(Nygard is described in the law suit as being into Coprophilia, or pleasure derived from excrement. There are so many crude jokes about Hollywood people being crapped on, it made me wonder if Nygard took it literally. Now, that was a mistake.) 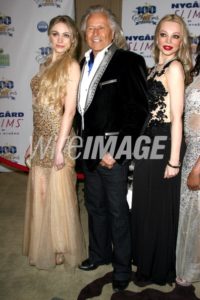 The Facebook page for the now defunct Night of 100 Stars reads: Every year Norby and Richard Walters host the ‘Night of 100 Stars” with Billionaire Clothier Peter Nygard as the main event sponsor to bring you the best Oscar Viewing Event in Los Angeles. You will meet Iconic celebrities from Hollywood and from around the world. You’ll meet and greet past Oscar winners, producers, directors, and actors…There is no show in town that allows such close access to Hollywood’s elite as “Night of 100 Stars’. Night of 100 Stars Viewing Gala Red Carpet Event is second to none when it comes to the number of Academy members that attend. Guests will gather at the luxurious Beverly Hilton Hotel where they will enjoy cocktails at the open bar and be able to mix and mingle with the stars. When the Oscar awards viewing begins quests will enjoy a 4-course dinner as only Hilton knows how to prepare. After dinner and viewing the Oscars, guests have the opportunity to meet and greet with their favorite stars.”

The lawsuit’s allegations include those of a then-15-year-old girl who was brought to Nygard’s luxurious Lyford Cay estate where the fashion executive tried to anally sodomize her, successfully raped her and then asked her to defecate in his mouth before offering her money, according to the Post.

“This horrific episode is just one of many like it detailed in the complaint against Nygard and his business entities by 10 brave women,” a press release about the lawsuit states. “The class action lawsuit accuses Nygard of sex trafficking and rape — all financed and facilitated by his family of corporations and their employees.”

PS I have no doubt neither Walters nor any of the guests at Night of 100 Stars had any idea of any of this. As with Epstein, the alleged deeds were carried out far away. Nygard was just a colorful character with a lot of money who wanted to meet “stars.” Reached for a quote, Lassie had no comment.

Nygard’s rep asks me to please add this: This lawsuit was expected.

It is exactly what Peter Nygard predicted would happen when he filed his RICO lawsuit in New York last year against land baron and hedge fund billionaire, Louis Bacon. This is just the latest in a 10+ year string of attempts to try to destroy the reputation of a man through false statements. It is no different than the conspiracy exposed in 2010 through various legal actions filed by Peter Nygard, where it was shown that women were bought off to make such false claims. The RICO Complaint exposes a long-running malicious and vicious conspiracy dating back to at least as early as 2010 to pay off and coerce women to fabricate and manufacture sexual stories in an effort to destroy Nygard and his business. The allegations are completely false, without foundation and are vigorously denied. Peter Nygard looks forward to fully exposing this scam and, once and for all, clearing his name.