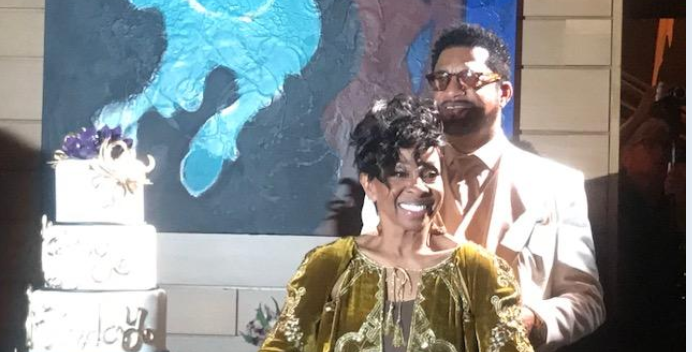 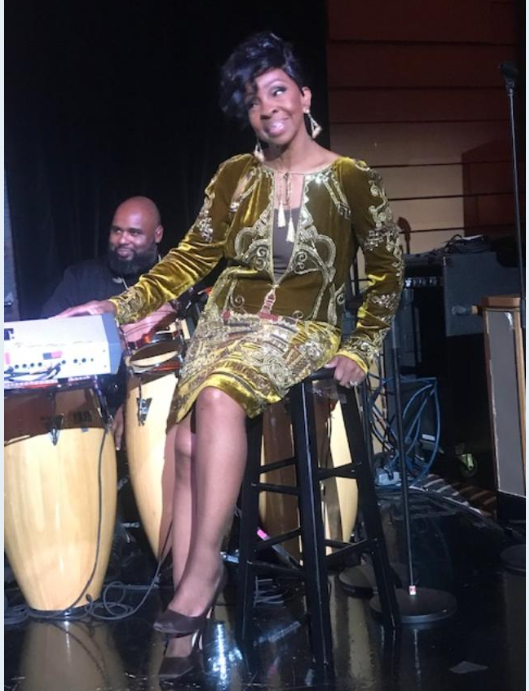 Even though the Goddess known as Gladys Knight turned 75 this past May 28th, it’s never too late to celebrate her birthday. Two nights ago, her pals did just that Herb Alpert’s Vibrato Jazz Grill in Bel Air. Gladys is currently on a world tour but took a break with her husband William McDowell to be feted at the event, which was dubbed One Knight in October.

Produced and hosted by Rafi Anteby aka “Rafi’ the Israeli born self-described “man behind the scenes,” a good friend of Gladys and her husband, Rafi is also the creator of the successful jewelry line, The Domino Effect and “Bullets For Peace.” Rafi explained, “I care about people who do good in the world, and Gladys is one of them.”

The evening led off with gushy videotaped messages from Jaime Foxx, Smokey Robinson, Chrissy Metz, Linda Thompson and Motown’s Berry Gordy. Then came a lovely video retrospective of her storied career and life. which was followed by powerhouse performances by Taylor Dayne, Chante Moore, Freda Payne, V. Bozeman, Brie Capone, Louis Price and Al. B. Sure!

MAJOR, a Grammy nominated singer, performed his smash song, “Why I Love You,” changing the lyrics to make them Gladys-centric. Lala Hathaway sang Happy Birthday to Gladys with the requisite over the top cake, before Gladys took the stage and gave us her smash hits,  “Love Overboard,” “Neither One Of Us,” and closed out with “Midnight Train to Georgia.” Gladys told me that “God put me here. I’m so blessed. I’ve been through a lot over the years. But his plan for me was to still be around, still performing which I love to do. I’m trying to make the most of every moment.”

Well Gladys, your fans in the industry and out, can’t get enough of you! You are indeed our soul “Empress!”