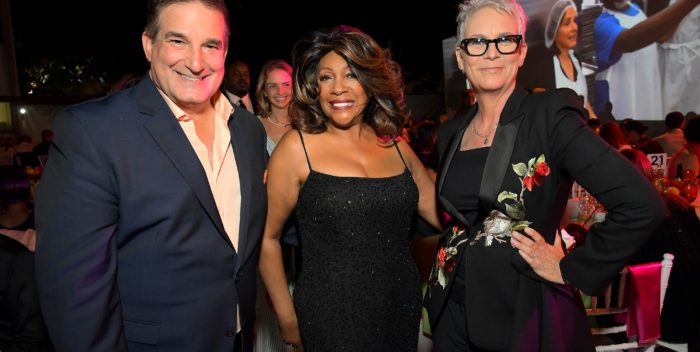 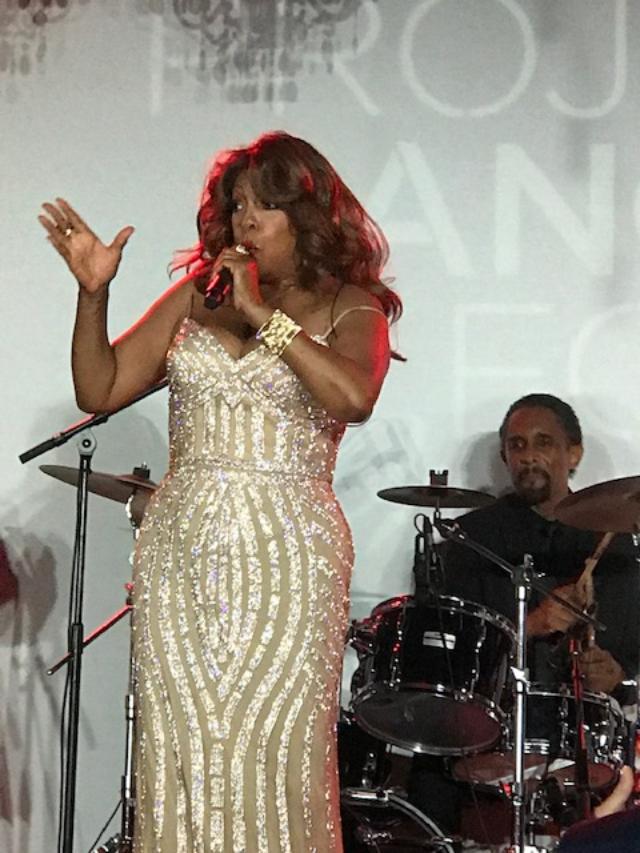 Project Angel Food, founded by Marianne Williamson 30 years ago to feed people with HIV/AIDS then expanding to serious illnesses, recently had their 29th annual Angel Awards Gala in Hollywood.  Mary Wilson reigned supreme, Marianne was lauded and eloquent, Danny Trejo brought the crowd to tears and Jamie Lee Curtis, who was given the Project Angel Food Humanitarian Angel Award, was fierce in her determination to make sure the less privileged and voiceless be treated with dignity.

Jami Morse Heidegger and Klaus Heidegger (skincare creationists of Retrouve and Kiehl’s since 1851) were honored as well with the Project Angel Food Leadership Award.  Their good friend Robert Kennedy Jr introduced them and noted poignantly that “I first met them in New York in 1987 with my cousin John (the late JFK Jr.) He went on to say that they “are the most genuine philanthropists I know.” 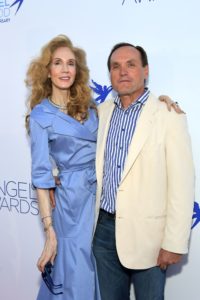 Danny Trejo the actor and food impresario (he generously catered the event,) said movingly, “I believe there are two kinds of people in this world, those that want to make a difference and those that are taking up space.”  He then revealed, “For a long time, I was a taker.  By the grace of God my life has changed.  PAF is a blessing.” 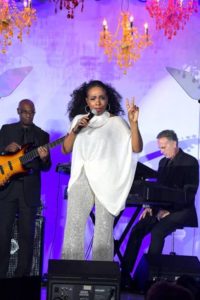 Sean Hayes then presented his good pal Jamie Lee Curtis with the Humanitarian award.  Sean said that, “She’s a voice for injustice.  She is one of the most ball busting funny and in your face present people I’ve ever known.”  Classy Jamie first paid tribute to the group, staff and volunteers.  “We are because of all of you, because of the efforts that you have put forth.  Nothing to do with me.”  Jamie then went on to say how many of her friends fell victim to AIDS.  “I always felt a little bit of a handicap.  I was the child of famous people.  I just always felt somehow that I needed to be a little quiet.  I’m married to a very quiet guy. I can only imagine what’s it’s like, poor guy.  A woman that I respect as much as I respect any human being on earth is Marianne.  Because of her work I realized that life is short and that we are here for something.  That I need to own it live it, love it, learn from it and deliver.” 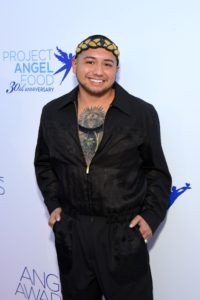 Sheryl Lee Ralph, the Dreamgirl diva/actress herself, introduced her good friend the Supreme Angel Mary Wilson who went on to entrance the crowd with “Love Child” and other hits.   The audience stood and cheered and danced for the divine Mary who sounds and looks better than ever.  Other highlights were Maelyn Jarmon, the season 16 winner of “The Voice” who began the night with a stirring version of “Hallelujah.” Included were video clips of Whoopi Goldberg who said that, “there is no better organization than PAF,” and Sharon Stone who said, “For Life, for love, as long as it takes.” 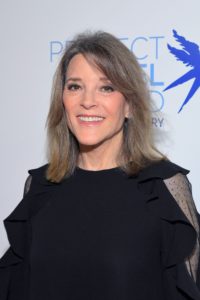 Longtime Supporters Pauley Perrette (she has a PAF van with her name on it) and Eric and Janet McCormick were greeting volunteers.  Jennifer Tilly, Juan Pablo Di Pace, Bruce Vilanch, Beverly Johnson, Nicolette Sheridan, Lawrence Zarian, Sam Rubin with his KTLA co-hosts, Corky Hale and Mike Stoller, San Manuel Casino’s Running Bear Ramirez and more attended this lovely and truly worthy event. Kudos to Executive Director Richard Ayoub, Director of Philanthropy Mark McBride, the staff and countless volunteers of PAF.  Ayoub aptly summed it up by saying, “This kitchen belongs to all of us, because it is our heartbeat, a heartbeat that literally keeps thousands of people alive each year.”