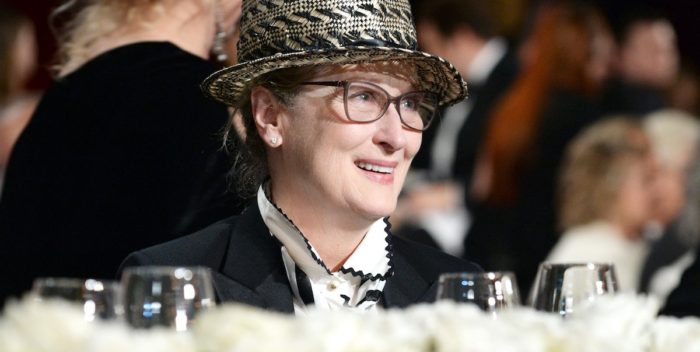 It seems like new co-director of the Toronto Film Festival Joana Vicente is making waves up north– the good kind!

TIFF has just announced its first annual gala during their festival, and Meryl Streep is their first honoree. The festival has never done this before, strangely, but I guess Vicente convinced them this is important.

Getting Streep is a coup. She’s the top of the heap. And it’s an unusual year in which she only has TWO potential hits for the fall that could produce more awards action in her unique career– Steven Soderbergh’s “The Laundromat” and Greta Gerwig’s “Little Women.” Of course, she just wrapped her highly praised run on HBO’s “Big Little Lies.”

This will be a hot ticket in Toronto. We can only imagine Meryl’s acceptance speech. I’ve heard she disapproves of our current government! (Rock on, Meryl!)