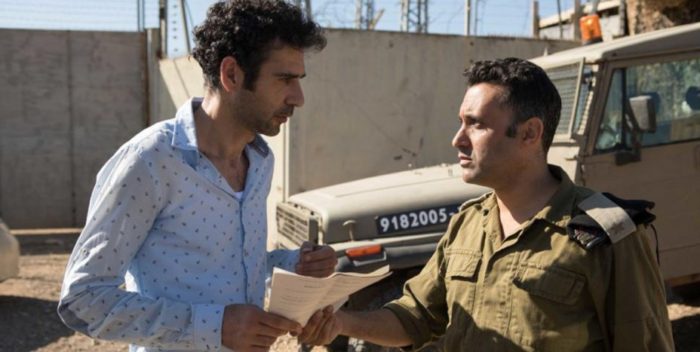 You would not know by the looks of the crowd on Tuesday night that the movie biz’s premiere party thrower, Peggy Siegal, was having a difficult week.

Her crowd showed up and showed support for at the Landmark 57 Theater and Ousia restaurant premiere of the hot foreign film of the summer, “Tel Aviv On Fire.”

Oscar winning director Barry Levinson hosted the screening without question. He and Peggy go back to “Diner.”

The group– which also included Jeffrey Epstein journalist Vicky Ward–was happy to come support Peggy, but also perplexed by the viciousness of the recent pieces describing Siegal’s friendship with Epstein. Ward, who knows everything about Epstein, lamented, “I think Peggy was conned by Jeffrey.”

The many guests concurred, and were surprised to learn about studio defections based on innuendo.

“No one knows how to get people together to have a meaningful impact for a new film,” said more than one guest.

Siegal is out of town. But her staff and that of CohenMedia, which releases “Tel Aviv on Fire” on August 2nd, knew the drill. It didn’t hurt that the movie is sensationally funny, witty, and human. The director mixed Israeli and Palestinian stars in a well written saga of a live Palestinian soap opera that’s become a huge TV hit in both countries. Everyone is hanging on the lives of the characters.

Kais Nashif (looking like a Middle Eastern Stephen Mangan from “Episodes”) plays the Palestinian producer’s ne’er do well nephew Salaam who winds up writing scripts for the show, set in 1967. Salaam becomes entangled with an Israeli border crossing captain (Yaniv Biton) who starts helping him, surreptitiously, with the show and becomes more demanding about the characters’ outcomes.

Zoabi cleverly entwines the Israeli and Palestinians as they go back and forth across the border until you realize, late in the game, he’s declared peace among these people. He also blends the current day mishegos at the soap with the soap itself to the point where it’s almost hard to remember if the past is influencing the present or vice versa. The soap’s main characters a triangle of a female spy, an Arab “freedom fighter,” and an Israeli soldier. Somehow Salaam must resolve their story live, while two countries watch and root for their own sides.

Great movie, great night, and Peggy’s crowd is looking forward to an Oscar season full of these kinds of films.