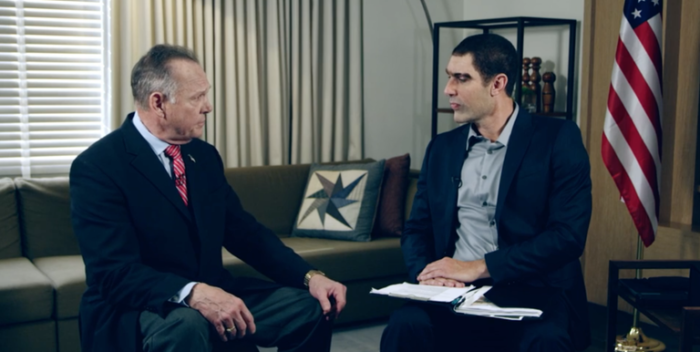 Sacha Baron Cohen won 3 Emmy noms for his Showtime series from last summer, “Who is America?” He then thanked Dick Cheney and Sarah Palin among others on Twitter. Cohen did pretty well as Showtime got almost no other nominations except for “Escape at Dannemora.”

He writes: “While I am flattered at these nods, it is a shame that my co-stars were not recognized. Particularly Dick Cheney, who I had hoped would come across on camera as someone who’d gleefully sent hundreds of thousands to their pointless death – and boy did he deliver.” 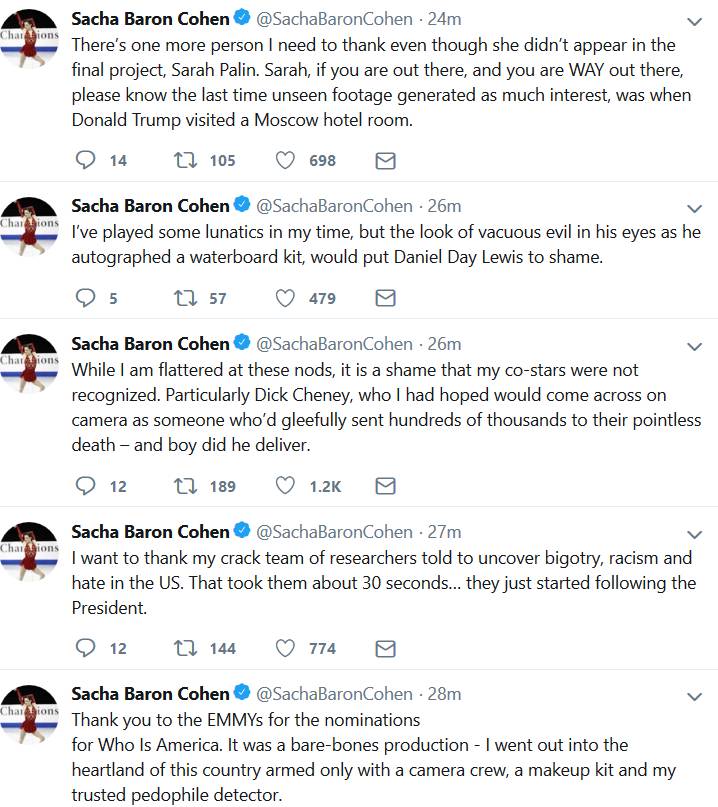