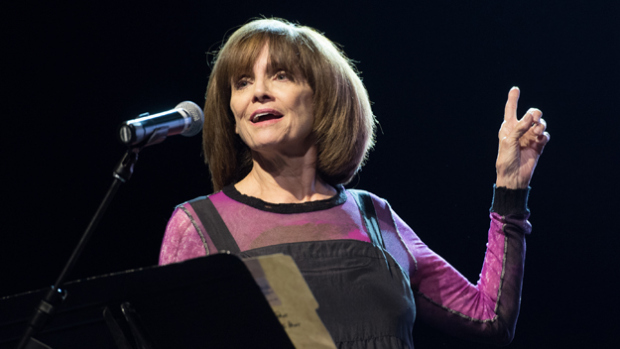 Beloved “Mary Tyler Moore” star Valerie Harper is in trouble. The multiple Emmy award winner — for playing Rhoda Morgenstern — has been bravely fighting lung cancer that began in 2009 and became brain cancer  in 2013. It’s been like a war and she’s been winning it. But now Harper’s devoted husband, Tony Cacciotti, has started a GoFundMe page because the cost of home healthcare and prescriptions has exceeded anything insurance and savings can handle. 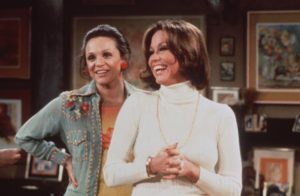 In the 70s, Valerie was well paid for the decade she played “Rhoda,” absolutely. But the salaries weren’t like what they are today. If she’d had that success in the 90s, 2000s, or last nien years, Harper would have gotten a million bucks per episode, with lots of extras. But 40 years ago– yes “The Mary Tyler Moore” show debuted in September 1970 — the pay, especially for women, was not very high.

A friend of hers writes on GoFundMe: “Valerie has been grateful over the years for the medical breakthroughs along this difficult journey but insurance doesn’t cover everything. There are unrelenting medical costs on a continuous basis. Valerie is currently taking a multitude of medications and chemotherapy drugs as well as going through extreme physical and painful challenges now with around the clock, 24/7 care immediately needed which is not covered by insurance. This is just part of the daily cost that is without a doubt a financial burden that could never be met alone. This GoFundMe initiative from Tony, is to ensure she receives the best care possible. ”

Amazingly, even after the 2013 diagnosis, Valerie kept working. She appeared in a bunch of episodes of “The Simpsons” with her “Rhoda” co-star Julie Kavner (Marge). She also acted in a highly praised short film, “My Mom and the Girl,” co-produced by her husband.

The GoFundMe page was put up very quietly. It was sent around just to the Screen Actors Guild, where Valerie has been super active for years. I don’t want to embarrass Valerie and Tony. But I know the costs of 24 hour care. It doesn’t matter what assets you have, you can be wiped out very, very fast.

All hail Valerie Harper, we have a lot to thank her for. And Mary would be proud of us!