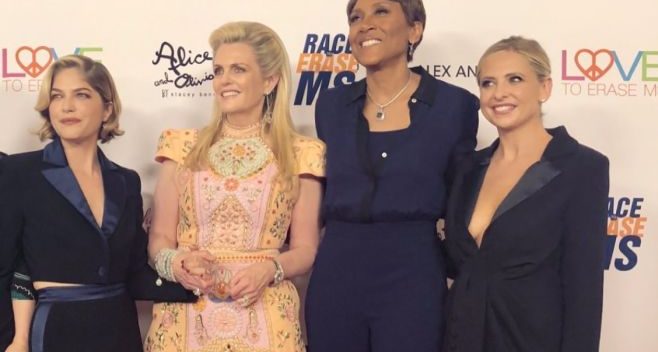 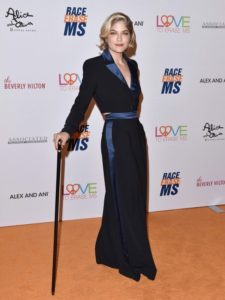 Nancy Davis has been front and center in the fight against MS for 26 years with her annual ‘Race to Erase’ Multiple Sclerosis gala this past Friday at the Beverly Hilton. Nancy was diagnosed with MS when she was 33, not given little hope from her doctors. But determined Nancy, with the support of her philanthropic and much loved mother Barbara Davis, opened the Center Without Walls to further MS research. Nancy told the crowd that “there were 15 drugs last year to help stop the progression of MS, now there are 17.  It can take 10 years to get these drugs approved.  That’s how much research is going on.”

Gellar has known Blair for over 20 years, they starred in the cult hit movie “Cruel Intentions” together. She said: “I thought I knew everything there was to know about [Selma], mostly because has no filter. But in the last year, I have a seen a new side to her.  Sure she’s an incredible mother and friend, but now I know how brave she is.  It would have not only been easy but understandable for someone to hide once they were diagnosed with MS, but instead she has done amazing things. She is facing this head on and sharing this journey with the world.  In this day and age when nobody shares a picture unless it’s been edited and faceted and filtered, Selma is choosing to share the raw truth.”

Selma Blair, 46, appeared on stage with a cane, a little shaky, but stalwart in her convictions. She had her adorable, long haired 7 year old son Arthur Saint Bleick by her side. Blair spoke off the cuff because,  as she explained, “I have double vision now, so I can’t see the Teleprompter.” Blair noted all the people that have been supportive of her including actress Jaime King who “sends me flowers every week, but who I forgot to invite tonight because I have MS!”

Selma went on to say that her son “is the reason for everything, my dream is to be a useful mom as long as this kid wants me, which is about one more year.” Arthur, hearing this, grimaced as if to say: not so fast, mom! 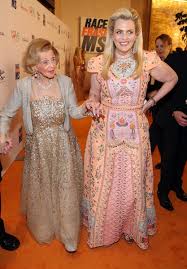 On stage, an alice + olivia fashion show included Nancy’s twin daughters Mariella and Isabella with their Peace and Love dancers. When a technical glitch cut off the music, the girls–just like their mother– didn’t miss a step. They completed their choreographed routine with aplomb, the audience clapping along. After all, they are the granddaughters of the late billionaire Marvin Davis and very much alive and kicking Barbara Davis, the elegant high priestess of Hollywood charity.

Ozzy and Sharon Osbourne‘s son Jack (who has MS) and record producer David Foster brought on R&B -pop star Aloe Blacc, who sang three songs and ended with his massive hit, “Wake Me Up (When It’s All Over).”  Athletic rapper Flo Rida followed and got the crowd gyrating throughout his energetic, frenetic performance. At one point his bodyguard, the size of a Viking fridge, carried Flo Rida (who’s not exactly small) on his shoulders through the crowd.  Nancy Davis danced up front on stage, leading her bejeweled guests, showing that MS isn’t a death sentence, quite the contrary. There was so much enthusiasm, Flo Rida ran 45 minutes over his allotted time.

Nancy Davis is a true warrior who is  making a difference for those around the world afflicted with MS.  The evening raised $1.8 million.

with additional reporting from Roger Friedman 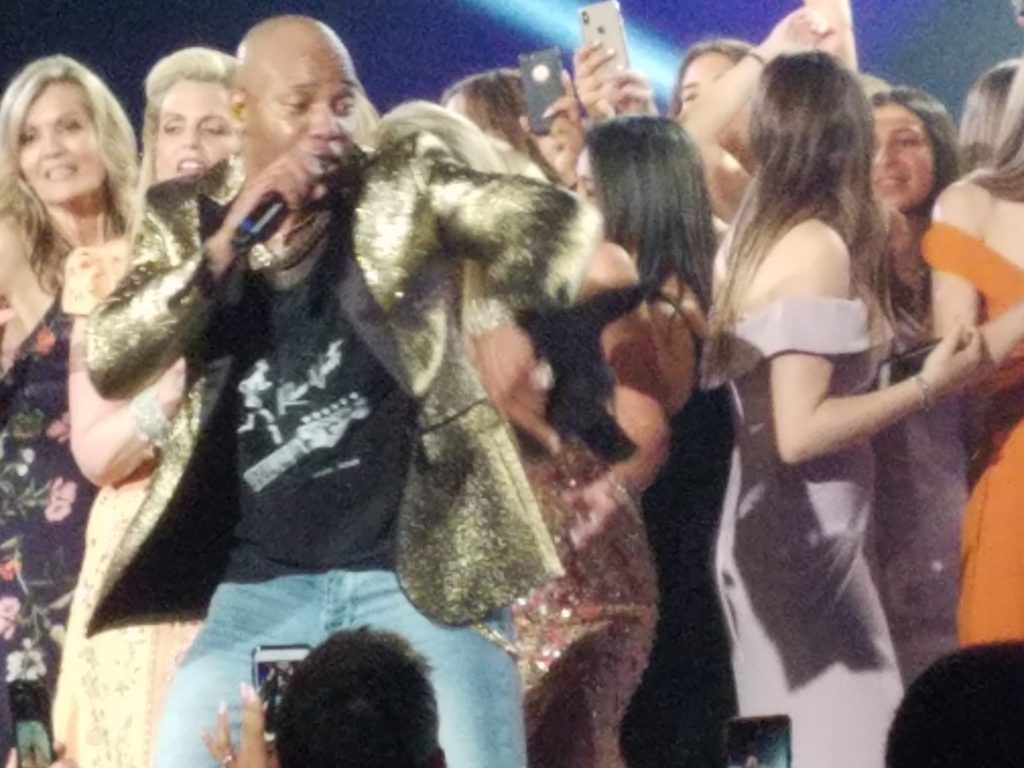