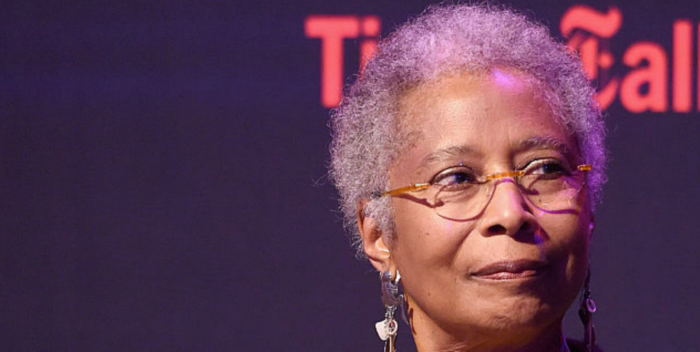 A literary firestorm has been set off, and a famous writer may never be regarded in the same light again.

Alice Walker, author of “The Color Purple,” has recommended the writings of anti-Semitic author David Icke in the New York Times Book Review. Asked what was on her night stand for reading, Walker said of the infamous anti-Semitic screed: “And the Truth Shall Set You Free,” by David Icke. In Icke’s books there is the whole of existence, on this planet and several others, to think about. A curious person’s dream come true.”

And with that one entry, Walker has revealed herself. Icke is considered the UK’s leading anti-Semite and conspiracy theorist. He’s also considered a Holocaust denier and a fan of the KKK. Walker’s endorsement of him is shocking at first until you realize what she’s been up to for several years now.

Twitter and social media have been on fire ever since. Walker is getting torched, and properly so.

Certainly unbeknownst to me and probably most people, Walker has been spewing venom for Israel and Jews on her website for years. She writes about Zionist Nazis, and supports Roger Waters the BDS (big dumb shits) movement. Six years ago she forbade the translation of her bestseller, “The Color Purple,” into Hebrew. I wonder how Steven Spielberg, who directed the movie, and its star, Whoopi Goldberg, feel about that.

She has famously written a poem called “To Study the Talmud.” It begins (the boldface is mine):

The first time I was accused
Of appearing to be anti-Semitic
The shock did not wear off
For days.
The man who charged me
Was a friend.
A Jewish Soul
Who I thought understood
Or could learn to understand
Almost anything.
He could not understand
However
Why I thought Israel should give back
The land it took
From a poorly defended
People in a war that lasted
Six days. I cringed

It is our duty, I believe, to study The Talmud.
It is within this book that,
I believe, we will find answers
To some of the questions
That most perplex us.
Where to start?
You will find some information,
Slanted, unfortunately,
By Googling. For a more in depth study
I recommend starting with YouTube. Simply follow the trail of “The
Talmud” as its poison belatedly winds its way
Into our collective consciousness.
Some of what you find will sound
Too crazy to be true. Unfortunately those bits are likely
To be true. Some of the more evasive studies
Will exhibit unbelievable attempts
At sugar coating extremely disagreeable pills.

But Walker’s endorsement of Icke should cinch the proposition that her literary career is now in flames. The Icke book Walker recommends is indeed “icky.” It’s so anti-Semitic that Icke had to self-publish since his own publisher refused to do it.