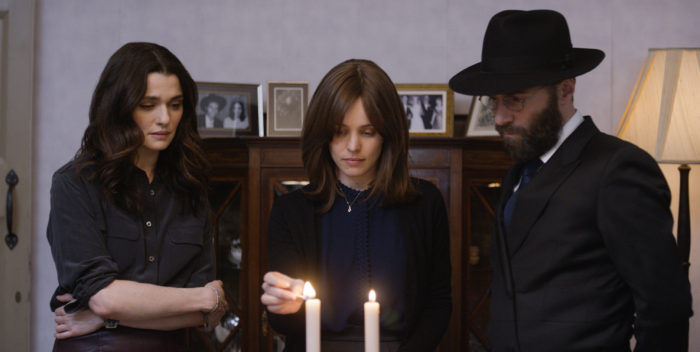 Right now in London, the British Independent Film Awards are being handed out.

The four acting prizes have been announced. Our very own Alessandro Nivola has won Best Supporting Actor for playing a rabbi in “Disobedience.” This is quite an accomplishment! Bravo!

Nivola is the only American of the four actors who won. Last year Patricia Clarkson won Best Supporting Actress. But otherwise, in years past, no Americans have won recently. So you can see they are honoring our very best.

Olivia Colman, Joe Cole, Rachel Weisz, and Felicity Jones won the other acting awards. Colman and Weisz won for “The Favourite,” which gives them a little added Oscar buzz.

Best Picture went to “The Favourite.”