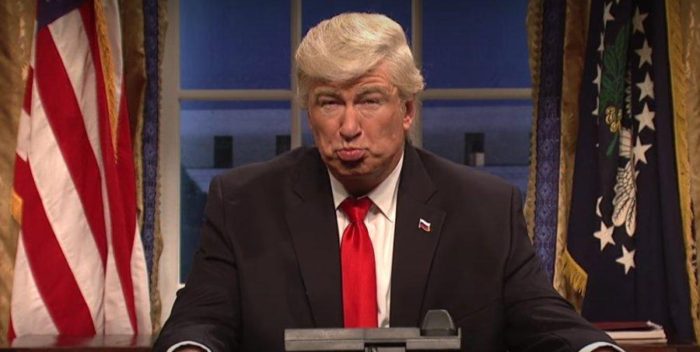 Alec Baldwin is out of the dog house at “Saturday Night Live.” He returned in the cold open last night as Donald Trump, and he was a sight for sore eyes. Baldwin has been out for three weeks since he allegedly punched a guy whose parking space he thought was his. But the arrest wasn’t exactly being avoided in conversation. Baldwin made fun of it during the opening. The audience didn’t react with much gusto– either they didn’t know what he meant or they didn’t think it was funny. Anyway, the opening was the funniest spot in a desultory episode.

“Mr. Trump! I’m not supposed to be talking to you.” #SNL pic.twitter.com/bJcJoL0xAK