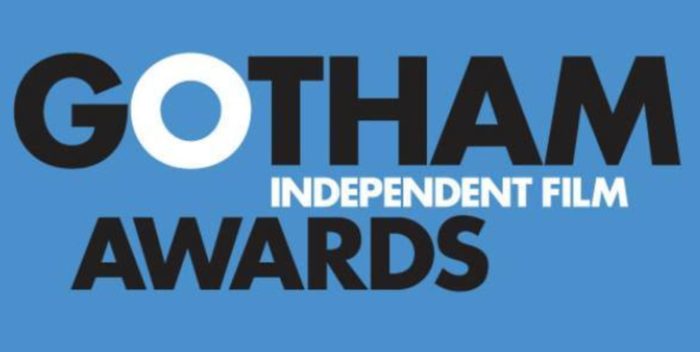 Oscar season has begun in earnest.

At Cipriani Wall Street, the good betting was on Glenn Close winning Best Actress in the Gotham Awards for “The Wife.” She lost, to Toni Colette, who wasn’t even there. That was one of many headscratchers. Close took it all in good stride, but I say she’ll get the last laugh come the Oscars.

Best Feature went to “The Rider,” a contemporary Western made with untrained and unknown actors, shown in Cannes in 2017.  Huh? The betting again, was on half a dozen other films from “First Reformed” to “Eighth Grade” to “The Favourite,” which picked up the ensemble prize. But “The Rider” won and I suspect that’s the last we’ll see of it, so congrats to the people who made it.

Hawke, and Willem Dafoe– who received a rousing tribute from Laurie Anderson– delivered the best speeches of the night. One thing of note was that great filmmakers like William Goldman and Bernardo Bertolucci were each given a shout out to note their recent respective passings. But the applause for them was muted. Do people not know who they are? Is it generational? What is going on out there?

Today– Tuesday– we get the National Board of Review winners. This is always nuts. It’s a group of fans who pay heavy fees to see films and then go to a swanky dinner. Last year the big winner was “The Post.” It’s all about getting stars into the ballroom, My hunch is they go hard for “A Star is Born” to get Lady Gaga and Bradley Cooper. “Green Book’ isn’t their type of film ordinarily. (I’m not sure if there are more than 2 black members of the NBR.)

On Wednesday we get the far more professional New York Film Critics Circle winners. So hold on.

PS Nice to see actors like Alessandro Nivola and Patricia Clarkson giving out top prizes last night. Also, Regina Hall is just swell. So is Kathryn Hahn. And goodbye to Joana Vicente, who’s leaving the Gothams for the Toronto Film Festival. She will be sorely missed.

Won’t You Be My Neighbor?

Hale County This Morning, This Evening

Bo Burnham for Eighth Grade (A24)

Ethan Hawke in First Reformed (A24)

Toni Collette in Hereditary (A24)

Elsie Fisher in Eighth Grade (A24)