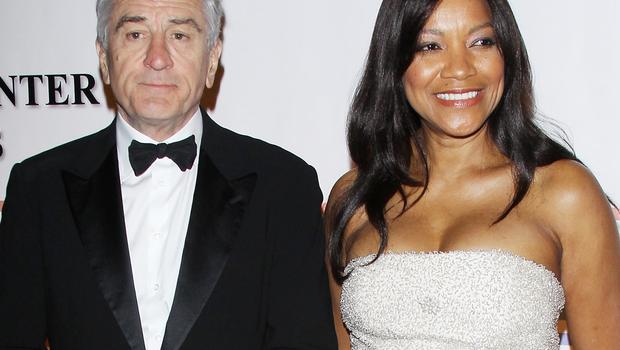 It’s always sad when two people break up, especially if you like them each a lot.

Robert DeNiro has apparently split from his wife of 20 years, Grace Hightower. Page Six’s Ian Mohr broke the story after cleverly deducing that they were no longer attending events together.

I guess the tip off came last night when Grace didn’t appear the museum tribute to Martin Scorsese with DeNiro. I actually ran into Grace with a girlfriend (the old kind, a friend) on November 7th at the opening of the new CMX CineCafe on the Upper East Side. That was two weeks ago, and our conversation was pleasant as ever. She’s a lovely lady.

The couple has two children– Elliott, 20, and Helen Grace, who is just six years old. DeNiro has twins with Toukie Smith– Aaron and Julian, 23, a son Raphael with actress Dianne Abbott, who is one of the city’s best known realtors; and a stepdaughter with Abbott, Dreena.