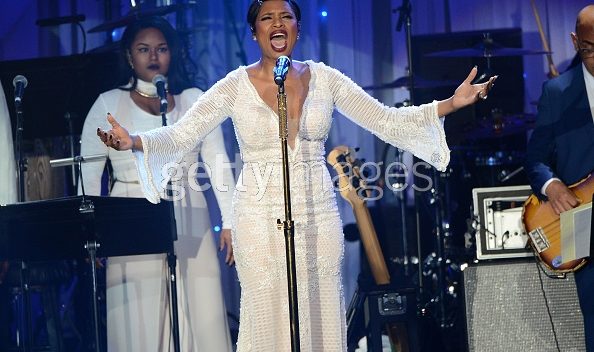 Last night Diane Warren got the awards season started by winning the Hollywood Music In Media award at the Avalon in Hollywood. Her award was for her Best Song In A Documentary “I’ll Fight” from “RBG” sung beautifully by Jennifer Hudson.

UNBELIEVABLY Diane has 9 Oscar nominations and no wins. So it’s TIME for a win. Listen to Jennifer Hudson, one of the all time greatest singers, deliver this gem. Caution: you won’t be able to get it out of your head.

Other HMMA winners include:

Lady Gaga, Mark Ronson, Anthony Rossomando and Andrew Wyatt for “A Star is Born’s,” “Shallow.”
Max Richter won for the score for “Mary Queen of Scots.”
Ludwig Goransson won for “Black Panther.”
Alexandre Desplat for “Isle of Dogs.”
Elton John and Bernie Taupin for their “Stronger Than I Ever Was,” from “Sherlock Gnomes.”
Kendrick Lamar’s “All The Stars” from Black Panther.
“Quincy” won for best Music Documentary.
Nicolas Britell won for HBO’s “Succession.”
Carlos Rafael Rivera for Netflix’s “Godless.”
Julianne Jordan and Julia Michels- Outstanding Music Film Supervision for “A Star is Born.”
Jen Ross for Starz’s “Power.”
“Black Panther” for Soundtrack Album.
Thomas Ades for “Colette” for Original Score for Independent Film.
Annie Lennox for “Requiem For A Private War,” from “Private War.”