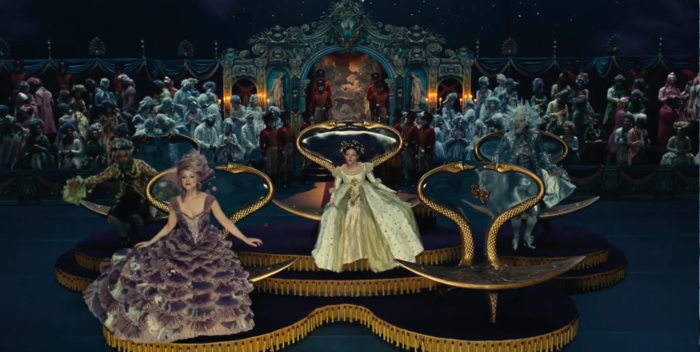 Disney suffered one of its rare setbacks this weekend with “Nutcracker and the Four Realms.”

Last night’s take was just $5.6 million for a possible $14 million weekend. The movie cost about ten times that amount.

Credited directors Lasse Hallstrom and Joe Johnston cut the final version to 99 minutes so no adult would pass out while letting their very small (babies) children endure the color and lights.

Meantime, Tyler Perry also took it on the chin with one of his worst openings ever. “Nobody’s Fool” made 4.8 mil for an $11 million weekend. Something went wrong here. Paramount is not Perry’s usual studio– that’s Lions Gate– and maybe they didn’t get it.