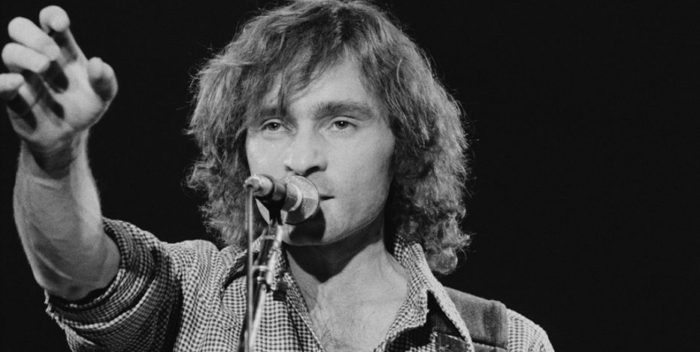 Marty Balin was the magnificent lead singer of the original Jefferson Airplane. He left after making five seminal albums with the Airplane, in 1969, but returned to sing with Grace Slick on the Jefferson Starship in 1974. He also had solo hits. He’s dead today at 76. Jefferson Airplane was such an important group, they started the San Francisco movement that came to include the Mamas and Papas, Hot Tuna, Lovin’ Spoonful, Big Brother and the Holding Company etc.

What young people don’t know now is that Rolling Stone, a much different publication in 1967, launched out of San Francisco featuring these groups, and Bill Graham’s Fillmore. For kids in New York, it was like they were all from outer space, and so fascinating to read about. Marty Balin and Grace Slick were like gods, and their bluesy folk sound was intoxicating. Kanter died two years ago, and now Balin is gone. Slick — one of the greatest female vocalists of all time– retired a while ago.