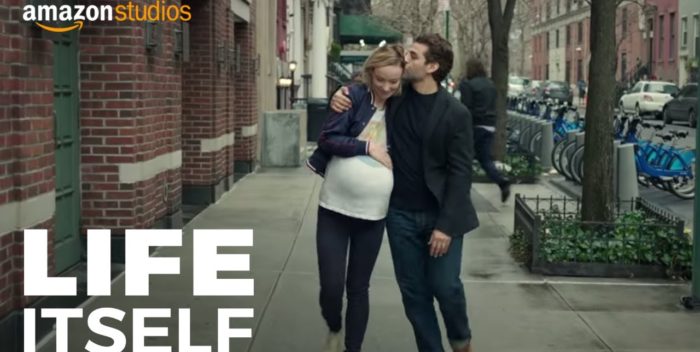 The first thing that should tip us off about tomorrow’s Dan Fogelman movie release is the title, “Life Itself.” That was just recently the name of a well liked documentary about the late movie critic Roger Ebert. So what’s that all about?

Fogelman is the creator of the hit TV show, “This is Us,” which has a loyal following despite its treacly plot twists and crazy time jumping. In its first two seasons, “This is Us” had so many “surprises” and “revelations” it pretty much wore itself out. The only surprise left is that all the characters are dead, and that their grandchildren are telling the story.

Now comes “Life Itself,” which is manipulative and contrived. The story is so jerry-rigged from the beginning you can guess the twists in the first 20 minutes, if you’re still sitting in your seat. Rotten Tomatoes gives it a 13% this morning, which is kind. You can get away with this stuff on TV, I suppose, where it’s all stretched out. But in a movie, where you have the audience’s undivided attention, it’s a different story. The hokum of “Life Itself” is just blaring in a large, dark room.

The movie is the fourth to be distributed by Amazon Studios, which seems to be struggling. Already this year they’ve released “You Were Never Really Here” ($2.5 mil gross) and “Don’t Worry He Won’t Get Far on Foot” ($1.4 mil). After doing so well with “Manchester by the Sea” and “The Big Sick,” they’re definitely having some growing pains.