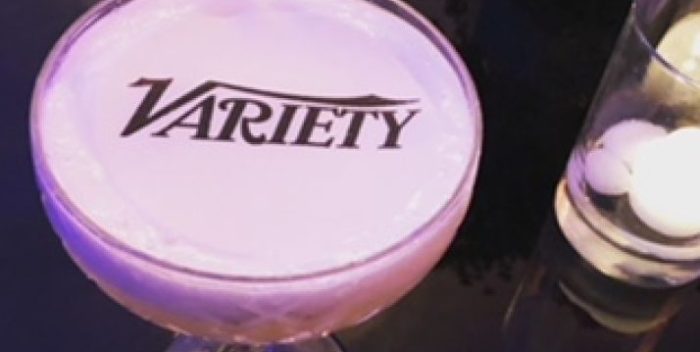 The trade war in tinsel town is about the trade newspapers, Variety and the Hollywood Reporter, and which could throw the best Emmy Awards weekend party.

Variety won by a mile, hooking up with Women in Film and taking over Cecconi’s hot spot on Melrose formerly Morton’s and the location of the annual Vanity Fair party during its heyday.

The Variety WiF gala had all the energy of the old VF shindig, except with TV stars– a few of whom should be aiming for movies ASAP. I do mean Sterling K. Brown of “This is Us” fame, who will another statue on Monday night as supporting actor in a drama (Tony Shalhoub should get comedy). It’s time for him to get off that show and make his move into top notch film. (He will. He has a contract. But hey — Jack is dead. It can happen to anyone!)

There as an intense moment at VWiF when it seemed like tons of familiar faces were there, from Brown to Thandie Newton (who made the rounds with RuPaul all day, spotted earlier at BAFTA’s swell garden get together at the Beverly Hilton), plus Ann Dowd, Jenna Dewan, Trevor Noah, “Boys Don’t Cry” director Kimberly Peirce, Jenna Elfman (looking very much like Rosamund Pike), Lakeith Stanfield, Alison Brie, Busy Phillips, Laverne Cox, Geoffrey Wright, the kids from “Stranger Things), Samira Wiley, Sarah Hyland from “Modern Family,” and a blonde. just-turned-30 Rumer Willis, who has really grown into a beautiful young woman. There was also a special appearance by Caitlyn Jenner. 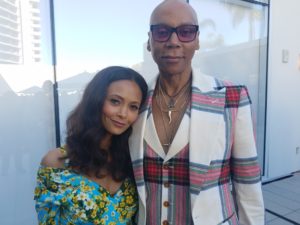