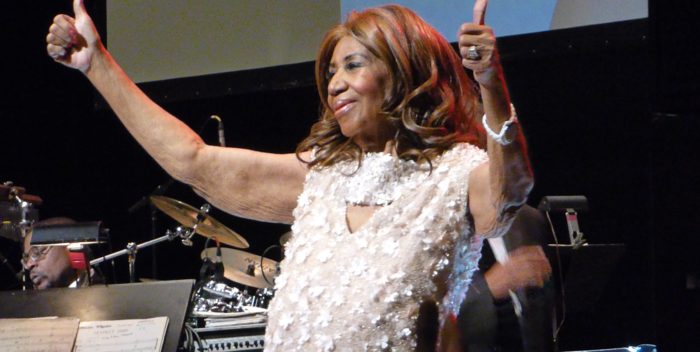 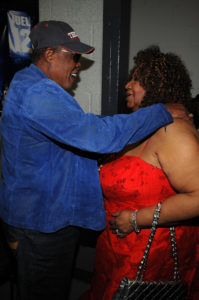 Aretha Franklin had duet hits with George Michael and Annie Lennox later in her career. But she only played piano as a guest musician on one album.

The album was Sam Moore’s solo record called “Plenty Good Lovin.” It was made in 1972 by Jerry Wexler at Atlantic Records. King Curtis was the producer. Aretha played piano.

For a variety of reasons, the album wasn’t released. It went into the Atlantic vault. When it finally was freed in 2000, “Plenty Good Lovin” received four star reviews everywhere.

Moore had a long friendship with the Franklin family. He was asked to sing at Aretha’s sister Erma’s funeral. Aretha and Sam were the last surviving members of the great Atlantic Records R&B family. They were huge admirers of each other. In 1983, Aretha won a Grammy for covering Sam & Dave’s “Hold On I’m Coming.” In 2006, Sam returned the favor when he covered “Don’t Play That Song for Me.”

They last saw each other at the Kennedy Center Honors in 2015, when Aretha wowed the audience with “Natural Woman.”

Today, Sam, who turns 83 in October, said: “Aretha Franklin and I have been friends and label mates for more than sixty years. I adored her and I know the feelings were mutual. While I’m heartbroken that she’s gone I know she’s in the Lord’s arms and she’s not in pain or suffering anymore from the damn cancer that took her away from us. I’m going to hope, pray and count on the fact that I will see her again sometime. Rest in the Lord’s arms in love, Re.”