While Donald Trump makes a fool of himself in London and on his European tour, special Counsel Robert Mueller has played a big card. His office has indicted 12 Russian intel officers for hacking Hillary Clinton’s campaign and the DNC.

Here’s the link to the indictment. 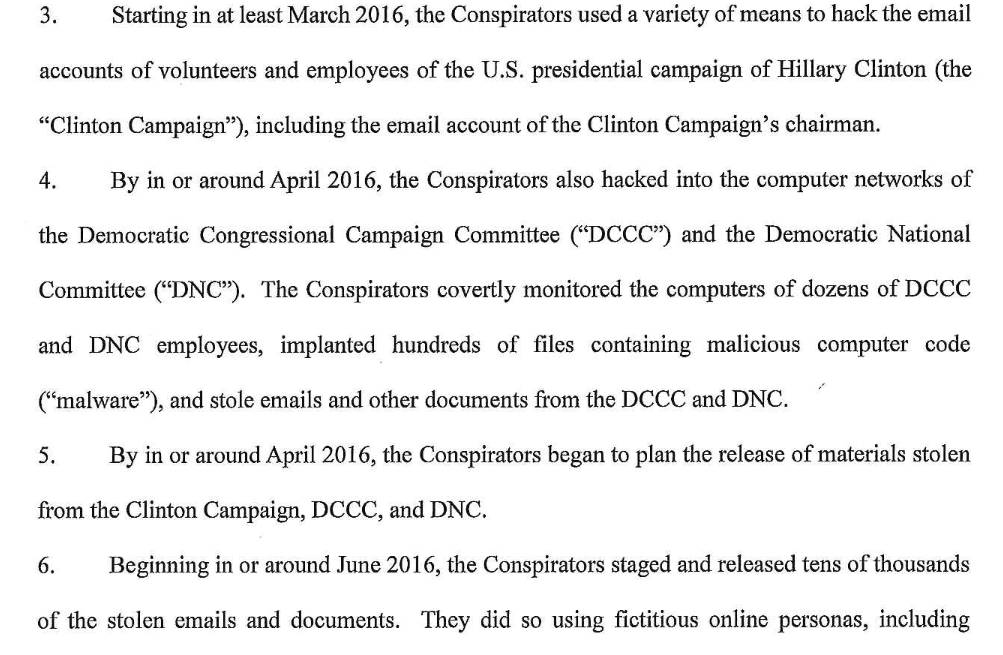 And so “the witch hunt” continues. And Paul Manafort is still in jail.