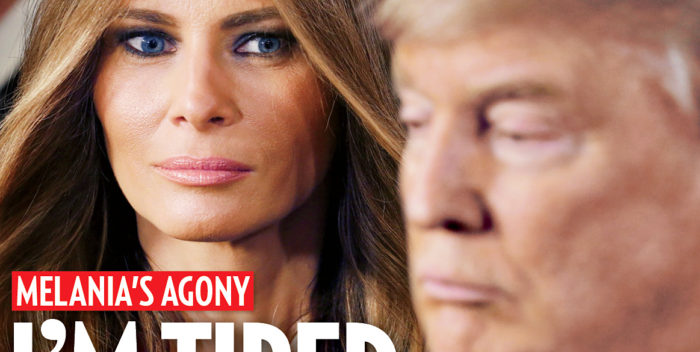 Donald Trump has broken with his wife’s Be Best Campaign. Melania Trump just a few weeks ago introduced Be Best with this mission: “By promoting values such as healthy living, encouragement, kindness, and respect, parents, teachers, and other adults can help prepare children for their futures. With those values as a solid foundation, children will be able to better deal with the evils of the opioid crisis and avoid negative social media interaction.”

Today Donald broke with the campaign as he threatened US Congresswoman Maxine Waters on Twitter. He called her a “low IQ person” and suggested physical violence against her:

Congresswoman Maxine Waters, an extraordinarily low IQ person, has become, together with Nancy Pelosi, the Face of the Democrat Party. She has just called for harm to supporters, of which there are many, of the Make America Great Again movement. Be careful what you wish for Max!

Essentially, Trump spat in the face of his wife’s new campaign. She’ll have to call it “Be Worst” now.