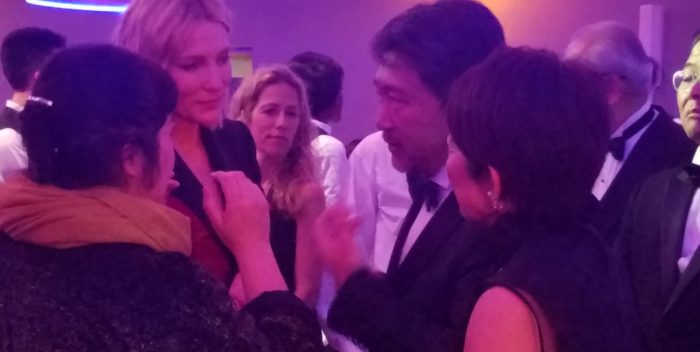 It was supposed to be the Year of the Woman. Most of the Cannes jury was composed of women including Cate Blanchett, Lea Seydoux, and Ava Duvernay. All week the heavy betting for the finale prizes was that the Palme D’or would go to a woman. And there were plenty to choose from including Nadine Labaki and Alice Rohrwacher. But in the end, the biggest prizes went to men. Neither of these women took home Best Picture (in several guises) or Best Director.

Even a ‘special’ Palme D’Or, which could have gone to a neglected female director of the past, went to Jean Luc Godard. And that was interesting itself since Godard hasn’t bothered to come to Cannes himself in person for 40 years. (The French journalists were laughing at this choice, despite Godard’s importance.)

At the swanky after prize dinner held in the official Agora tent, Spike Lee skipped the proceedings altogether. (He was probably miffed that he didn’t win the Palme D’Or.) Jury president Cate Blanchett, who ran the ceremony with aplomb, spent a lot of time talking to all the winners, especially Labaki. Blanchett had a long, long, hug (of friendship, please) with famed cinematographer Ed Lachman, who’d come from New York for a special tribute. (They worked together on “Carol.”) Also at the dinner were Gary Oldman and Benicio del Toro.