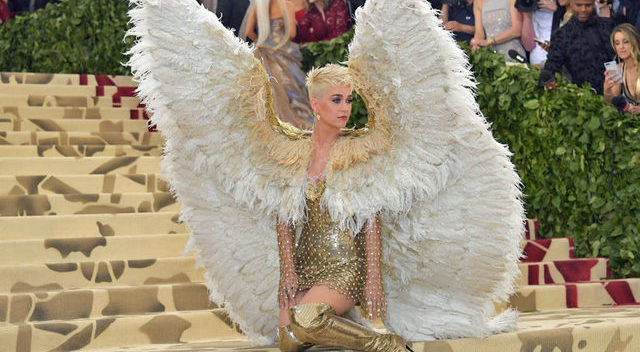 We’re going to have to endure the Met Gala aka Met Ball all over again next month. It’s the featured plot point in “Ocean’s 8,” the Warner Bros. movie with an all star cast.

But where were all the stars from that movie last night? Missing in action, mostly. The cast members that did show up were Rihanna, Anne Hathaway, and Mindy Kaling.

The rest of the cast? Sandra Bullock, who’s the leader of the all female heist gang, was MIA. She’s not shooting a movie. Maybe she was just wise enough to stay home with her kids.

Cate Blanchett is the head of the jury in Cannes. So she had better things to do. Also missing were Matt Damon, Sarah Paulson, and Helena Bonham Carter, as well as director Gary Ross. No sign of any Warner Bros. brass either.

Meantime, former Met Ball planner Stephanie Wolkoff and Anna Wintour insider (and ex-Melania Trump aide after she waltzed off with $26 million from the First Lady’s budget last year) didn’t exactly deny this morning on Fox 5 that Wintour is exiting soon from Vogue and the Met Ball.

Last, and most important, Cardinal Dolan told Rosanna Scotto on this morning’s Good Day New York that he skipped Madonna’s performance. He was “somewhere else” in the Met when Madge was performing “Like a Prayer.” Smart.

PS Best line of the night on Twitter came from Mark Harris, who’s married to “Angels in America” playwright Tony Kushner. When Katy Perry showed up with gigantic feathery white wings a la “Angels,” Harris Tweeted: “All right, you can have house seats!”