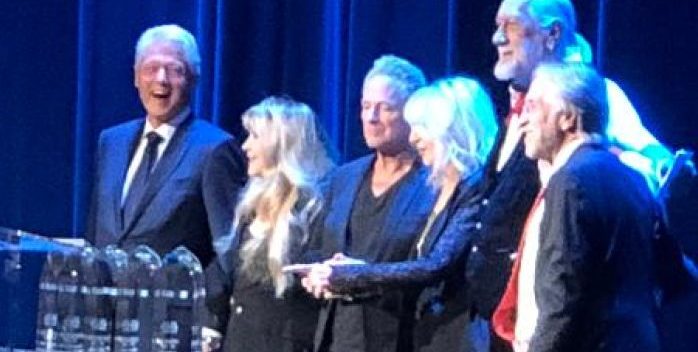 Lindsey Buckingham has left the building. He won’t tour with Fleetwood Mac this summer after they finally got Christine McVie back.

You know Fleetwood Mac. The ancient mariners have been sleeping with each other and squabbling since 1492. At different times they’ve all left, then come back, then left again.

Buckingham joined the group with Stevie Nicks in 1975, after they released their one album together, “Buckingham Nicks.” (It’s out of print, no CD, no digital, because hey, that’s so cool and mysterious). He and McVie made an album last year that no one cared about; it sold 50,000 copies.

Buckingham is being replaced on this tour by Neil Finn of Crowded House and Mike Campbell of Tom Petty and the Heartbreakers. (Now maybe I’ll go.)  This means we’re going to hear Stevie sing harmony on “Don’t Dream It’s Over.”

Well, don’t dream, it’s not over. Fleetwood Mac won’t officially break up until there’s an apocalypse. God only knows what burr got under Buckingham’s saddle. The group said in a statement, “We wish him the best.”

This has been going on for forty years, for god’s sake.

PS It’s really ironically funny since out of nowhere some new home video using the song “Dreams” has gone viral and put them back on the charts. Now, that’s the time to leave!