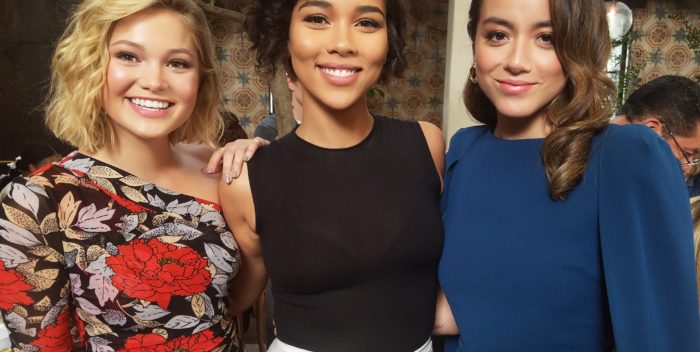 Despite protestations, the Golden Globes threw off enough heat for dozens of parties Saturday night in Hollywood. Everyone’s wearing black — it’s like the Beatles song, “Baby’s in black, and I’m feeling blue” except not so much…

For example, tonight the big talent agency CAA is having its annual bash at the Sunset Tower Hotel after the show. Wait– didn’t they cancel that party? No. They canceled their pre-Globes party on Friday night, which was like an appetizer to the banquet. No, despite #MeToo and #TimesUp, CAA will rock on beginning at 8pm. I did ask someone there about this. “We made a big donation to TimesUp,” they said. So the actresses who were angry with CAA over reports that they aided and abetted some misconduct will likely show up at the Big Party tonight, with their political activist companions. Hollywood soldiers on.

Elsewhere: Showtime insisted to me that they were not having any kind of bash — they only have 5 GG noms, none for my beloved “Billions” — and only one for “Twin Peaks: The Return” — which cost $58 million and no one watched. But they partied on not so stealthily at Sunset Towers (yes, this is party central) in the big event space with some of their stars. Liev Schreiber, caught in the snow in NY and then rattled around by Delta Airlines all day (he Tweeted about it), didn’t show up til 10:30pm. The party was over. The party they weren’t having. One report said they were sweeping up when he arrived.

“Game of Thrones” star Kit Harrington showed — looking no worse the wear after his NY bar dust up– up among dozens of stars for Sean Penn‘s annual Haiti fundraiser at Milk Studios. James Taylor performed a few songs, Leonardo DiCaprio‘s mom came to see him get an honorific, Brad Pitt looked like a movie star and was very accessible. I asked him, “Are you going to be around tomorrow?” He replied: “Yes, I am.” I meant at the Globes. He seemed like I was asking if he wanted to hang out. But he is not going to the Globes since his two ex wives will be there– Angelina and Jennifer. Brad, I wish I could hang out with you, but I have to go to the Globes! (I’m sure he’ll find some pals to watch the show with!)

MOST FUN SATURDAY: The W magazine annual It Girl lunch hosted by Lynn Hischberg and Stefano Tonchi at AOC Restaurant. Among the guests were my old friends Tracee Ellis Ross (now of “Blackish” fame) and Abigail Spencer of “Timeless” (back on NBC). It was great to see them. Every year Lynn and her team find the best and brightest women in town — also most attractive. And every year they seat me with a hot group. This year three of the four ladies I was “assigned” to are connected to Marvel: Olivia Holt from “Cloak and Dagger,” Alexandra Shipp from “X Men” movies, and Chloe Bennett from “Agents of SHIELD.” (Our fourth was the delightful Maika Monroe.)

So I asked them all the same question: are you disappointed you can’t use your super powers in real life? The answer from all three was “Yes!” Chloe Bennett said she forget she wasn’t her character, Skye.  “I was mugged– or a guy tried to mug me last week in West Hollywood and take my phone. I just got real big, like a bear, and started screaming at him like I was an Agent of SHIELD. He actually got scared and jumped back in his van! It was crazy. I’ll never do that again!”