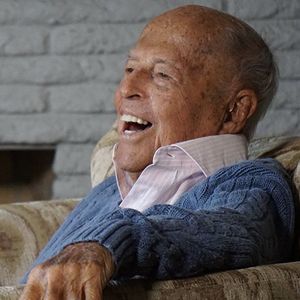 I am sad to report that George Englund passed away about ten days ago, on September 14th. He was 91 and had fallen. There’s been no announcement, but there is a family obituary. George was quite a figure in Hollywood, at the center of everything in his heyday– actor, director, producer, he was married to Cloris Leachman (1953-79)and was the father of her five children. He had an infamous affair with Joan Collins during that marriage. He was also Marlon Brando’s best friend. When Brando died in 2004, it was George who helped me get the scoop and write the announcement. I will be forever in his debt.

George had another connection to Hollywood: his mother was the character actress Mabel Albertson (ubiquitous on TV in the 60s, she played Samantha’s mother-in-law on “Bewitched”). His uncle was Jack Albertson, also a great actor known from the TV series “Chico and the Man” with Freddie Prinze. That’s a pretty good lineage. 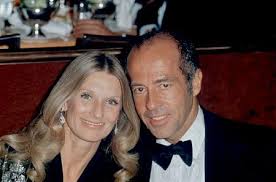 Englund produced and directed a number of films and TV shows but was best known for directing “The Ugly American” (1963) starring Brando, and producing “The Shoes of the Fisherman” starring Anthony Quinn. In 1992, he was a production executive on “The Golden Girls” and helped usher in its ill fated spin off, “The Golden Palace.” He also wrote a very good TV movie about the tragic Challenger space shuttle in 1990 starring Karen Allen and Barry Bostwick.

A man of eloquence and wit, George is known for his towering intellect and legendary sense of humor. He had a tremendous store of poetry and song in him, and he gave beautiful voice to both. His mind was curious, caring and massive. George was in the process of completing his Autobiography (to be published). A movie about his life and friendship with actor Marlon Brando is also in development.

George’s loving Family and friends surrounded him when he died at his home in Palm Springs, with the beautiful view of the mountains he cherished. George’s Sister, two ex-wives, five children, seven grandchildren and one great-grandson survive him. Services are pending and a Memorial in George’s honor is being planned for November. In lieu of flowers, please donate to SMA.ORG in memory of Max Englund.