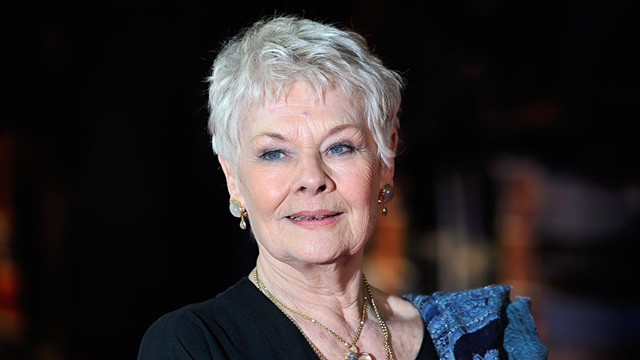 Twenty years ago Judi Dench– then 63 years old– made her debut to American audiences playing Queen Victoria in John Madden’s “Mrs. Brown” and received her first Oscar nomination. A year later, she won her  Oscar as Best Supporting Actress for playing Queen Elizabeth I in Madden’s “Shakespeare in Love.” She was on screen for 8 minutes but it was indelible performance. Five more nominations followed through 2014, plus international fame as M in the James Bond movies.

So now what? Yesterday, Dame Judi returned to playing Queen Victoria and premiered at the Toronto Film Festival in “Victoria and Abdul,” Stephen Frears’ show stopping account of Her Royal Majesty’s end of life flirtation with a young man, a Muslim from India who turned her world upside down. It’s a true story drawn from letters discovered in 2010 and published as a best seller.

The story could not be more timely as Abdul Karim (Ali Kazal) was treated like dirt by the royal household for being Muslim. His associate, his wife, her mother all were greeted as servants by everyone except Victoria, who made Abdul her teacher, or “Moonshie,” and valued his friendship ultimately with royal honors. Even her son Prince Bertie (eventually King Edward, grandfather of the current Queen) played beautifully by Eddie Izzard, conspired to do in Abdul.

Dame Judi received not one but two standing ovations on Sunday at the Princess of Wales Theater. The first one was just for coming out and waving. The second was after the screening, for the work of a lifetime. I dare say she will be nominated again for an Oscar, and this time she’ll win to cap off a remarkable career. Her Victoria now is fiery and feisty but also a true Lioness in Winter, trying to hold on to her throne but knowing her 62 year rein will end with the 19th century. It’s a performance of a lifetime.

There are plenty of young actress lined up for the Oscar this year. Emma Stone in “Battle of Sexes,” Jessica Chastain in “Molly’s Game,” Sally Hawkins in “The Shape of Water”– they are all likely candidates with Annette Bening and Meryl Streep in the mix as well. But Dame Judi will not be denied.

“Victoria and  Abdul” opens September 22nd. I expect it will be a crowd pleaser– it’s very funny, extremely lively. Frears is a consummate director. He certainly knows royalty– he directed Helen Mirren to an Oscar as “The Queen.” This film is must see movie going– and you want to see it on a big screen as the production itself– shot in locations not allowed before– is absolutely brilliant with detail, color, and magnitude.

As for Dame Judi, when I even mentioned an Oscar at the tea served for her at Soho House, she almost recoiled. “Oh no!” she cried, “Let’s not get into that!” Well, indeed, Let’s.