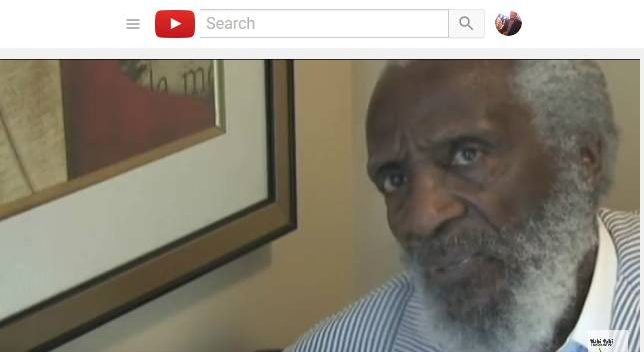 Dick Gregory has died at age 84. Incredibly important and influential as a civil rights activist who was also a humorist and stand up comic and author, Gregory was portrayed just last year off Broadway by Joe Morton in a one man play called “Turn Em Loose.” He came up at the same time as Bill Cosby (whose own role in similar capacities is not invalidated by his legal problems).

Dick Gregory came into my consciousness in 1968 (I was 11) because he made headlines for going on a hunger strike. This was after he was already famous as humorist and comic. This was shocking. He protested the lack of rights for Native Americans in Washington state. It would become the first of many hunger strikes Gregory would use as a method of protest from his early days right up til age 80.

He picketed, was arrested, over and over. He was a committed activist for the right causes, was passionate and persuasive. In light of what’s happened recently in politics, Dick Gregory should only be remembered with the highest regard.

On the other side, not legal, he wrote books, appeared in films, and toured incessantly. Read his bio at Wikipedia. A good movie has to be made about him.