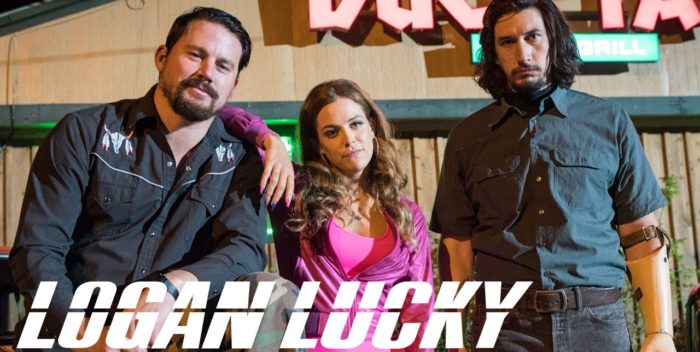 “Logan Lucky” is Steven Soderbergh’s comeback film with Channing Tatum, Daniel Craig (James Bond, for goodness sake) and a neat cast. On Rotten Tomatoes it has a 93. It’s a smart funny heist movie.

“The Hitman’s Bodyguard” with Ryan Reynolds and Samuel L. Jackson has a 40. No one really liked it, it was sort of a cliche ridden romp for movie stars, without much thought. The director, Patrick Hughes, is not considered A list.

But “Hitman” did almost three times the business last night, taking in $8 million with very little press or promotion– it sold on the names.

“Logan Lucky” wasn’t very lucky– $2.8 million on Friday night signals a disaster. It also had very little publicity– nearly nothing except a small premiere in Tennessee.

What a mess. For LionsGate, “Hitman” is a cookie cutter success. It’s right off their conveyor belt. For little indie Bleecker Street, “Logan” could have been a breakout. But it tracked poorly and no one from the production– save for Tatum and Soderbergh– put much effort into promoting it.

“Logan Lucky” won’t even finish second for the weekend. That honor goes to holdover horror film “Annabelle Creation.” If only “Logan” had been as Lucky as the Wolverine movie “Logan” from earlier this spring.

The “Hitman” success is moderate. And the total box office for the weekend will be scarifyingly low.