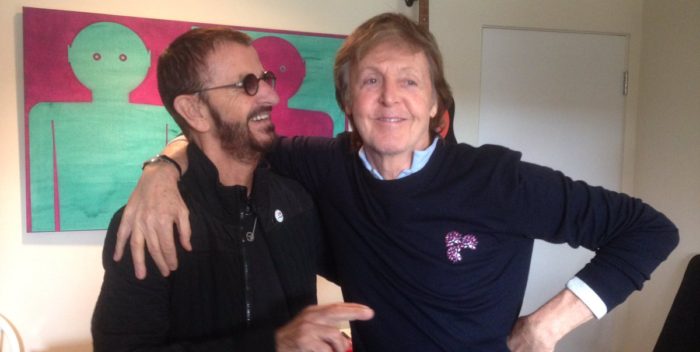 Ringo Starr’s new album “Give More Love” is set for September 15th. You can hear it a lot on SiriusXM’s Beatles channel (18) along with a lot of Ringo solo tracks that are finally getting their due.

But a funny thing on Ringo’s new album. He’s got a lot of famous friends singing, playing, writing. Paul McCartney and Peter Frampton are featured. Their contributions are weirdly connected to each other.

Frampton co-wrote a song on the album called “Speed of Sound.” McCartney has a credit on a song called “Show Me the Way.”

But in real life, er, classic rock history, McCartney had a number 1 album called “Speed of Sound” in 1976. (That was the one with “Silly Love Songs” and “Let Em In.”) Frampton had a massive hit from his “Frampton Comes Alive” album called “Show Me the Way.” And that was also in 1976.

What does it mean? Should we play them backwards? There are no coincidences, not in the extended Beatles world!