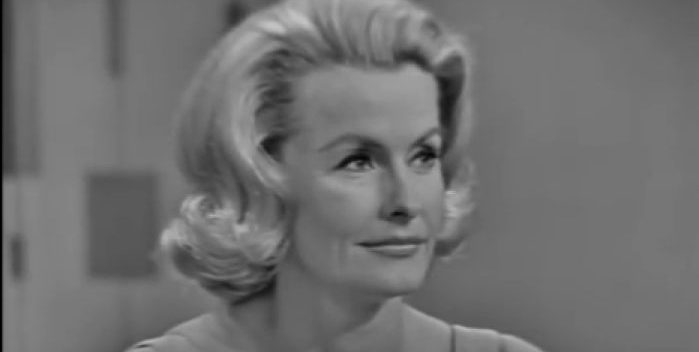 Dina Merrill has died at age 93. The great actress-socialite-heiress had been in ill health for some time. Elegant, beautiful, and popular, Dina was the daughter of E.F. Hutton (yes, the real E. F. Hutton) and Marjorie Merriweather-Post, the real owners of Mar-a-Lago, the Palm Beach estate that Donald Trump bought and turned into a golf club– and now his “winter White House.”

She was also a fine actress who worked in television for years and was featured in a lot of movies including Robert Altman’s “A Wedding.” She was married three times. Her second husband was the actor, Cliff Robertson. With her third husband, Ted Hartley, she bought what was left of RKO Pictures, but they didn’t have much success.

Dina’s son Stanley Rumbough, tells the New York Times she suffered from dementia. It was sort of an open secret for the last several years that she’d been bedridden. This was a sad end for someone who was kind of sparkling in person. I had the good luck to speak to her several times over the years and she was a delight. She wasn’t a Doris Duke-type, who dabbled at different things. Merrill was a good actress, and worked a lot. She was a beloved philanthropist, who used her money for good causes.

Condolences to her family and friends.