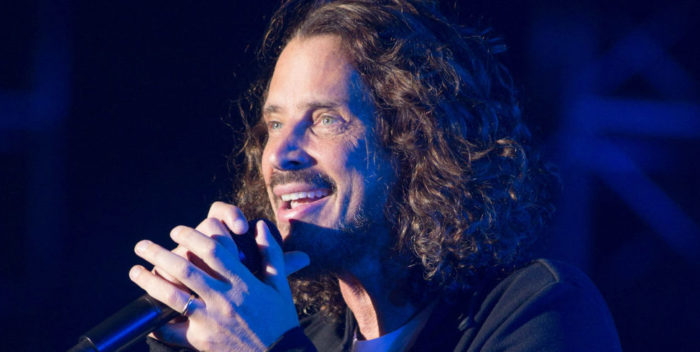 Harry Styles is trying soooo hard to get a couple of chart hits. But every time he gets close, something new gets in his way.

First, Selena Gomez dropped a surprise single that went straight to number 2 in like a minute. “Bad Liar” is a really good bluesy atypical 2017 record, too. When it was released this morning, “Bad Liar’ knocked Styles’ “Sign of the Times” down a few pegs.

Then, Chris Cornell of Soundgarden and Audioslave fame, killed himself over night. This is really tragic. He was a great musician and songwriter. I met him many times when he recorded music for movies. He seemed like a great guy. Cornell was 52 and had played an upbeat show hours earlier.

So now Cornell’s death has sent 9 of his singles and 9 of his albums right up the charts. Soundgarden’s “Superunknown” 20th anniversary edition is number 1. Cornell’s Audioslave album is number 3, and so on. Soundgarden’s 20 year old single “Black Hole Sun” is in the top 5.

And Harry just treads water. Tomorrow brings more new releases. Music is booming for the first time in a long time. But it’s not doing Harry Styles any favors!