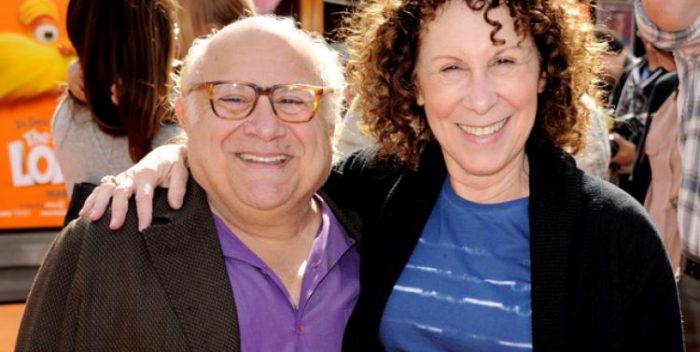 There’s a very nice piece on Danny DeVito today by Martha Teichner on “CBS Sunday Morning.” But sadly, Danny conceded to Teichner that he and Rhea Perlman are indeed separated. They got marred in 1971. “We’re separated,” he says as the answer to Teichner’s gentle query. “We’ve been friends for over 40 years.”

The couple separated once before in 2013 and headed for divorce, but then got back together. Maybe that will happen again.

Indeed, Perlman was at DeVito’s Broadway premiere a couple of weeks ago in Arthur Miller’s “The Price.” When I asked her, sort of rhetorically, “Hey, how about Danny? Not bad!” referring to his Broadway debut, she gave me kind of a shrug and a “Yeah.”

They understand it, and it’s none of our business really. Except in our minds, they’re Carla Tortelli and Louie dePalma, respectively, from “Cheers” and “Taxi,” fictional characters who are real in our minds. We want them to be happy. But then think if Carla and Louie were really married– it would be worse than Carla with her own husband, the conniving louse, Nick. Carla and Louie would always be yelling at each other. On second thought, don’t think of it!

Meantime, Danny is like a dozen cherry bombs going off in “The Price.” He may get a Tony nomination.  And hopefully a happy ending.