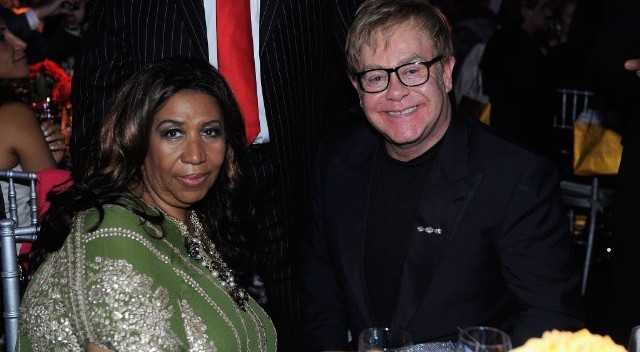 Sir Elton John turns 70 today, which seems unbelievable. Queen Aretha Franklin celebrates 75 years young. They are two of our greatest artists who’ve brought great pleasure to everyone around the world with not only their music but their lives.

A long time ago, Aretha recorded Elton’s “Border Song,” and had a hit with it. They were filmed performing a duet of it subsequently. What a delight. Happy Birthday, kids, and many many more1