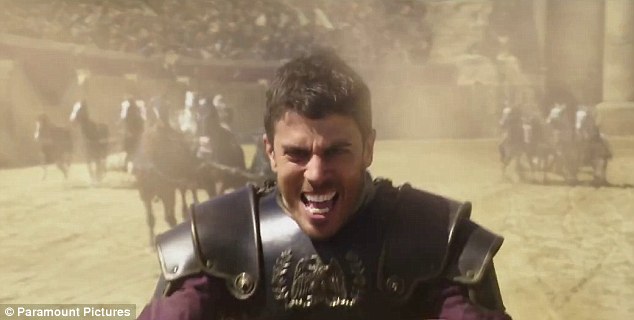 What if you rode around in a chariot and no one cared?

All signs point to a disastrous weekend. The original estimate was $12 million but it may be much much worse.

Warner Bros.’ “War Dogs” didn’t do much better on Thursday with $1.6 million. The very Martin Scorsese-lite film by Todd Phillips is like the bastard child of “Wolf of Wall Street” and “The Big Short.” A narration device is used that makes “War Dogs” sound like both films. Miles Teller and Jonah Hill seem like they can’t stand each other even in scenes where they’re supposed to be friendly.

The film is also offensive in so many ways. And Jonah Hill’s weight (I emphasize as I struggle with it too) is very shocking. Teller, who was interesting in “Rabbit Hole” and “Whiplash” moves to a two word title and gets blander. The real star is Ana de Armas, who I could see in a lot more movies. Wasted totally: Shaun Toub, a fine actor whose screen time is cut to ribbons.