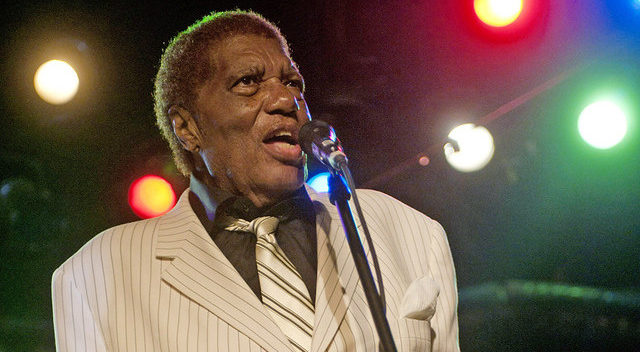 Sir Mack Rice died today in Detroit. He was 82 and an important part of R&B history.

Sir Mack was a gentle giant of R&B and a genius songwriter. He was an original member of the Falcons with Wilson Pickett and Eddie Floyd. He co-wrote “Respect Yourself,” a giant hit for the Staples Singer, with R&B star Luther Ingram. He wrote “Mustang Sally,” which Wilson had a huge hit on. Aretha Franklin played piano on the original demo. He went on to become a central figure in Memphis and Stax lore.

I had the pleasure of meeting Mack Rice several times. He appeared in my movie “Only the Strong Survive.” We had a birthday party for William Bell in Memphis. Mack and producer Jon Tiven came up with an impromptu birthday song. It’s on the DVD. Mack was a sweetheart. Jon went on to make an album with him called “This What I Do.”

So many great musicians have died already in 2016. They will all be missed. Mack Rice was special.