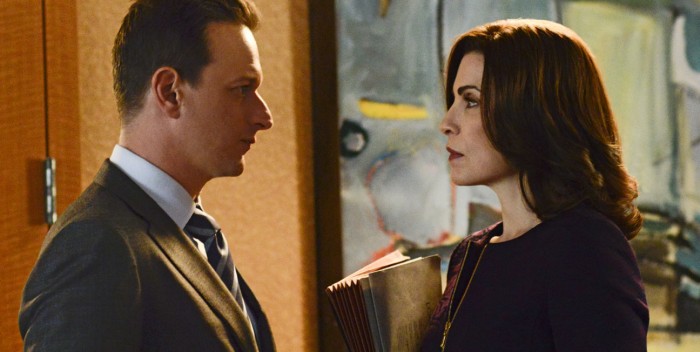 There was a lot going on at last night’s screening of “The Good Wife” with cast and crew. The big news came when the show’s co-creator Robert King (with wife Michelle) admitted why Will Gardner was shot dead in season 5. 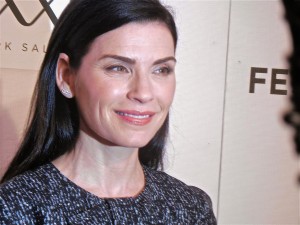 “I always knew someone would die during the telling of the story,” said King. “But when they told me Josh Charles didn’t want to renew his contact, I said, F— him. He’s the one.”

And that’s how these things work, you know. The Kings were joined by Julianna Margulies, Cush Jumbo, and Matt Czuchry for a Q&A after the screening of the episode that aired later last night.

The actors were asked which other character they’d like to play on the show. Margulies, who plays the lead, Alicia Florrick, responded with “Eli Gold.” That’s the character played by Alan Cummings.

Margulies just wrapped the last episode. She told me: “Kerry Washington said I should just take long vacation now.” Margulies added: “I told my agents I don’t want to see anything for a while. I want people to miss me a little.” In other words, she’s not jumping right back into a new series or a movie.

The Kings, meantime, are three episodes into shooting a new show for CBS called “Brain Damage,” a spoof about politicians in Washington, DC. Aaron Tveit, Mary Elizabeth Winstead, and Tony Shalhoub star. King told me the show is about people who’ve had their brains damaged by bugs. Hmmmm…

Other news: it seems like despite being dead, Will Gardner– aka Josh Charles– will make a ghostly appearance in the final episode. And it did seem as though Alicia will end up with Jason (Jeffrey Dean Morgan). Actress Cush Jumbo did say, “Everyone should feel satisfied” by the ending.