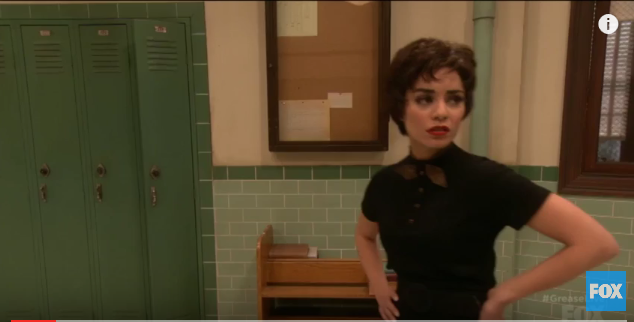 Yes, “Grease” is the word. The soundtrack to last night’s live musical “Grease” on Fox has jumped onto iTunes at number 5. It’s right there with Rihanna, Charlie Puth, Adele, and Sia.

The songs are mostly 40 years old, with one new tune written for Carly Rae Jepsen.

Meanwhile, the TV ratings were huge. The total number of viewers was over 12 million, with a 4.3 share in the key demo of 18 to 49. It was easily the most watched show of Sunday night.

The live presentation was filled with music pop icons who don’t necessarily come from Broadway, but were perfect for a one off TV show.  Only Aaron Tveit had real Broadway cred, but the public loves Hudgens and Julianne Hough, Mario Lopez and Carly Rae Jepsen — and it worked!

Hudgens had a major star turn singing “There Are Worse Things I Could Do.” The show was dedicated to the memory of her father, who passed away the night before the broadcast.