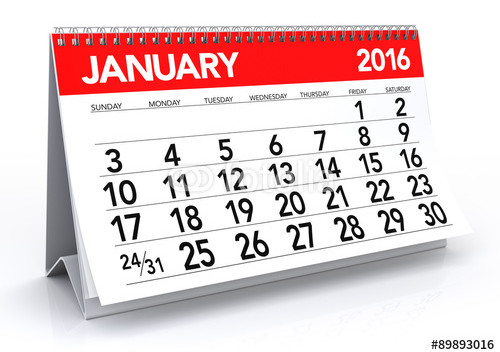 January is over! Didn’t we just have New Year’s Eve?

What a month! I got a call early in January from a friend who said, “Christian Bale is dropping out of Michael Mann’s Enzo Ferrari movie.” Great story! This person always knows what’s going on. At the same time, I did hear that Jennifer Aniston was leaving Taylor Hackford’s “The Comedian.” Leslie Mann might replace her. So a nice item was born.

What happens next? Indignant publicists who I really like double team me in a conference call. “Not true! Christian is in the movie. Please take down your story.” Imagine that in the days before the internet, there was no “taking down.” It was already printed. I like these PR ladies so I said, in a good mood, okay, I’ll amend. Christian is staying, no truth to the rumors.

At the Golden Globes, I actually see Christian Bale, one of my favorite actors, who is so good in “The Big Short.” I say, “Are you still doing Ferrari?” He doesn’t hesitate: “Yes!” And “Of course!”

The next day, Bale bailed out. For “health reasons.” He either didn’t want to gain weight or lose it to fit in a Ferrari. I don’t blame him. I can barely fit in the back of the new taxis these days. But really…this is what went on in January.

Oh yes, Leslie Mann did step in for Jennifer Aniston. A bunch of sites, starting with Deadline, just went and wrote it, no credit.

I did write on January 14th that the Oscars would look like the Grammys with Lady Gaga, The Weeknd, and Sam Smith all performing. They were all announced this week.

Warren Beatty will have to release his movie this year, good or bad, come rain or come shine.

Sean Penn and Madonna played some kind of PR game at Sean’s annual Haiti fundraiser during Golden Globe weekend. They raised a lot of money for Haiti, so that’s good. And Madonna played the ukulele. Justin Bieber was bored.

Shia LaBeouf and director Tony Kaye are making a secret movie, and think Alec Baldwin will join them.

January bonus: Patricia Clarkson and Josh Charles were two of the celebs who turned out on a cold cold night for Linda Lavin’s amazing performance in “Our Mother’s Brief Affair” at Manhattan Theater Club. I found Richard Greenberg’s play a lot more interesting than some reviewers. MTC is great because they’re trying new plays all the time, and not just reviving everything for the umpteenth time. Lavin is excellent but she kind of dimmed my enthusiasm when I tried to congratulate her at the after party. “I’m talking to my family,” she said, and turned away. She may still have been in character.

I ran into “Sopranos” creator David Chase at a little reception Maureen and Steve van Zandt had at the Garden before Bruce and the E Street band played last week. For some reason, former New York Governor Elliot Spitzer, despicable and icky, was on the other side of the room. I said to David, “That’s Elliot Spitzer.” Chase replied: “Really? I thought it was an actor who looked like him. That’s really him?”

Bebe Buell, Garland Jeffreys, Lenny Kaye and Richard Barone were among the terrific performers this month at the Cutting Room for Max’s Kansas City 50th anniversary. The show was a tribute to Lou Reed, but David Bowie had just died so he was celebrated, too. Bebe wowed the crowd with Lou’s “Satellite of Love” and dedicated it to him. Garland Jeffreys performed his own classic “Wild in the Street” which is being used in the promos for Baz Luhrmann’s TV show, “The Get Down.” It may be the show’s theme opener, which would be very cool.

My February prediction: Will Smith surprises everyone and hands out the Best Picture award at the Oscars. Even better, Will and Jada together.