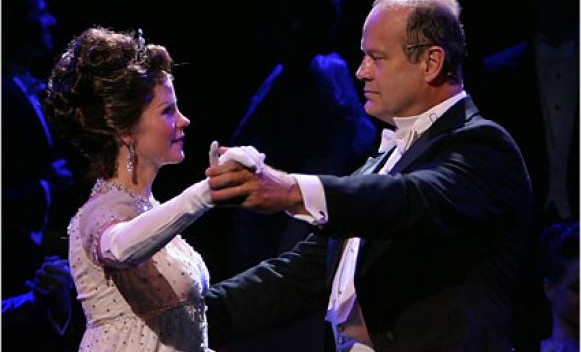 EXCLUSIVE Did you know that everyone’s favorite person, Julie Andrews, now co-owns the rights to stage “My Fair Lady”?

Julie made her name as Eliza Doolittle on stage in the original “My Fair Lady.” As the story goes, Andrews was replaced by Audrey Hepburn for the famous movie, but then shot to superstardom in “Mary Poppins.”

So Julie, who’s 80, is going to direct “My Fair Lady” at the Sydney Opera House next year. Then her production will go on the road in two routes, with different casts, through Australia and maybe to Europe.

But I’m told when the show hits New York in 2017, its stars are likely to be Kelsey Grammer as Henry Higgins and Kelli O’Hara as Eliza. The pair played the roles for one night only in 2007 at a Lincoln Center fundraiser. Each actor has long expressed wishes to play those roles officially. And I’m told Mary Poppins herself is going to make it happen.

Kelli is currently the Tony winner of “The King and I” at Lincoln Center. Grammer is returning to “Finding Neverland” soon to reprise his roles as Capt Hook and Charles Frohman. He opened the musical last winter, but left soon after to spend time with his family.