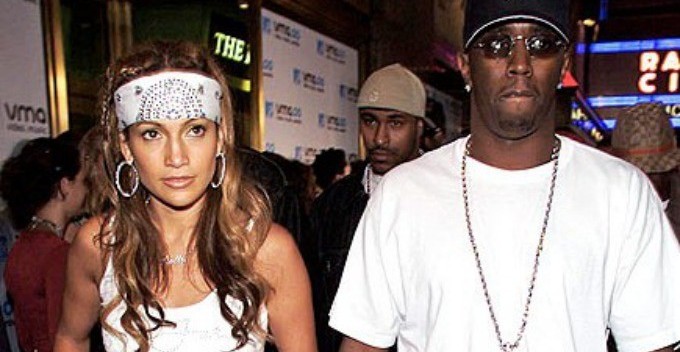 Ah, nostalgia. Sunday night will bring back beautiful memories on the American Music Awards. Jennifer Lopez is the host. And one of the presenters is Sean P Diddy/Puff Daddy Combs.

It was a mere 16 years ago when these two were the Bonnie and Clyde of the music world. They were a couple on the A list of tabloids news.

To wit: JLO and Diddy were part of a shoot out in a Times Square nightclub in 1999. Rather than stay and talk to the police, the couple jumped in a limo sped away. They ran 11 red lights in their efforts to escape involvement.

The party they’d been attending was to celebrate the album release by Puffy protege Jamal “Shyne” Barrow. Combs and Lopez were arrested, but Lopez was exonerated. Combs and Barrow each stood trial. Combs was acquitted. Barrow went to jail for nine years. Combs paid civil settlements to three shooting victims, reportedly coming to around $3 million.

Barrow’s burgeoning career was destroyed. After his release from prison he was deported back to his native Belize, where he resides today. Combs and Lopez went on to fame and fortune.

Perhaps anticipating that JLO and Diddy would soon be reunited, Shyne posted this on Instagram this past September 26th:

It took 21 years to make my debut album.My entire life to that point was put into my first album.What most people don’t know is the Shyne album was almost never released.After the now infamous club New York shooting for which my big bro Anthony Wolf Jones, Sean Puffy Combs, Jennifer Lopez and myself were arrested on December 27, 1999, Puffy’s lawyers tried to convince him to take the position of distancing himself from me. The logic was, It would be much easier to distance and dismiss yourself from an unknown artist with no albums than a million record selling world famous artist. However to fade into the shadows of obscurity was not my destiny. Thanks to my big brother Wolf who convince Sean Combs to do the right thing and not abandon his, at the time, little brother. I new I would have to spend sometime in prison so until then all I had was my music and burgeoning career. Torn between criminal lawyers and Wolf, Andre Harrell, Harve Pierre, bobby Springsteen and @nygiant , Puffy decided to do the right thing and let me continue recording the Shyne album.Bad Boyz was recorded the previous summer. Puff played me the beat and asked who was the guy that goes Whoooooa sweeen. Barrington Levy I said and that’s how Bad Boyz and Bonnie & Shyne came to life.The life, produced by Nasheim Merrick was the first post arrest song I recorded and it blew everyone away. At Bad Boy records your music had to be crack or Puff would shut you down immediately. Especially me, there was so much at stake. All the hype all the controversy, my music had to be better than great.Nonetheless, Song after song I kept smashing larger than life expectations.I remember when pharrelll came thru as the neptunes at that time and played the beat for n+++ gonna die, it was surreal how all this great music was coming together under such nightmarish circumstances.Every song was better than the last song or just as dope in its own distinctive way. No song sounds the same on Shyne. No flow is the same. Pound for Pound one of the greatest rap albums.