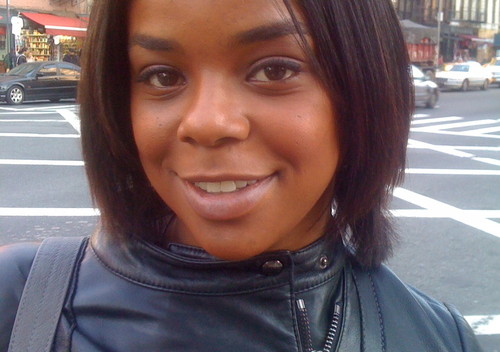 Edena Hines, the 33 year old step granddaughter of actor Morgan Freeman, was stabbed to death in front of her New York apartment building overnight. Reports say her boyfriend was found with the body, and he’s been arrested.

What a tragedy. Hines– granddaughter of Freeman’s first wife– was a vivacious self described teacher, actor and writer.

She was in a 2012 production of “A Raisin in the Sun” directed by Phylicia Rashad at the Westport Playhouse:

“After three years studying at New York University’s prestigious Graduate Acting Program, Edena joined the hoards of other bright eyed hopefuls looking for success in New York’s acting scene. Finding a lack of opportunity she decided to turn her sights to teaching under-exposed youth in her native Memphis, TN.”

Hines had recently played a receptionist in Freeman’s latest film, “5 Flights Up” with Diane Keaton, and had finished a larger role in a new movie called “Landing Up.”

Just heartbreaking. Condolences to her family.