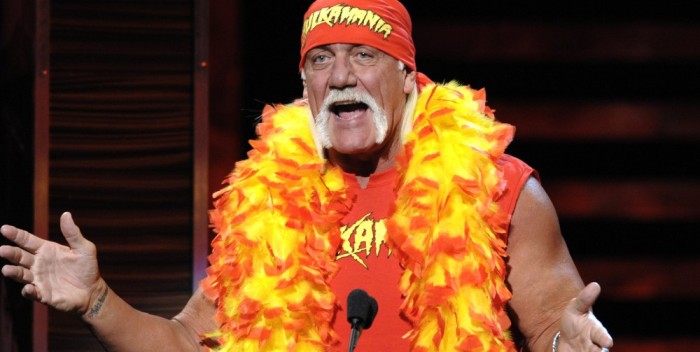 Radaronline, the National Enquirer and Wrestling News Source are reporting that Hulk Hogan, the famed wrestler, has been dropped by WWE World Wrestling. They’ve removed all references to him from their website following a huge reveal: Hogan was taped by a former lover in a racist rant during pillow talk. Radar Online has posted the story.

Here’s the link to the Radar story.

Hogan knew it was coming, and posted this message to Twitter

In the storm I release control,God and his Universe will sail me where he wants me to be,one love. HH

World Wrestling reports: “On WWE.com, Hogan is no longer listed on the WWE Hall of Fame page, and all of his merchandise has also been removed from WWEShop.com. The only thing currently remaining that mentions Hogan involves WWE’s upcoming Australian tour, which Hogan was scheduled to take part in as general manager. However, when any attempt to access this page is made, a message appears stating “you are not authorized to access this page.”

Here’s another report as well.

PS Hogan is currently in a $100 million defamation lawsuit against Gawker.com. Until now, it seemed like Gawker was in trouble. But these revelations will turn the tide against Hogan. Coincidence? There’s no such thing as coincidences. Some investigator is working over time on this.