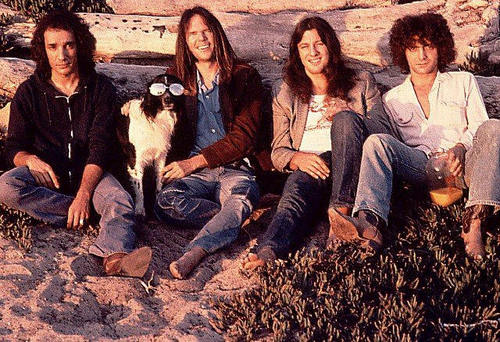 Neil Young didn’t like it Tuesday when he heard Donald Trump use one of his songs to announce his presidential candidacy. He had his manager, Elliot Roberts, issue a statement that put it succinctly:

Donald Trump’s use of “Rockin’ in the Free World” was not authorized. Mr. Young is a longtime supporter of Bernie Sanders.

By the way, all candidates should remember they have to clear usage of pop songs– the writer and the performer–before they use it on the campaign trail.

Back to Neil: His support of Bernie Sanders makes as much sense as anything else. Young is just about to release a new album that mostly attacks corporate America. It’s called “The Monsanto Years.” He takes issue with Monsanto, Starbucks, and Walmart. It’s a given that neither of the latter two retailers will be carrying the album.

But Young has never been shy about his politics. During George W. Bush’s time in office, Neil released a song called “Let’s Impeach the President.”