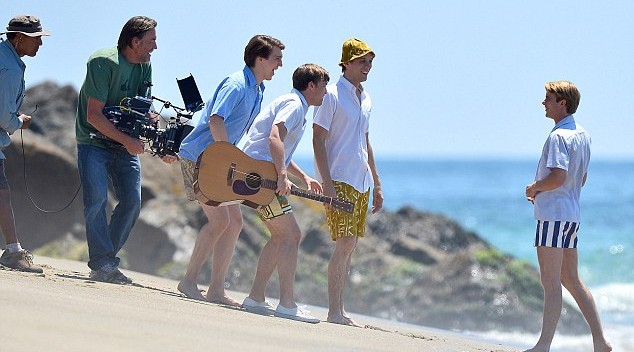 Friday brings William Pohlad’s “Love and Mercy,” about Brian Wilson’s extraordinary life as a composer and the leader of the Beach Boys. Will it be a hit? So far, Roadside Attractions has not been a stellar distributor. They killed J.C. Chandor’s excellent “All Is Lost.” The owners of the company don’t have a clue about what they’re doing, but that’s ok. The movie has an 89 percent on Rotten Tomatoes. I hope it takes off. Stars Paul Dano and John Cusack, as well as Elizabeth Banks, are just terrific. And the music never sounded better. “Love and Mercy” opens Friday in Los Angeles and New York.

Here’s what I wrote last September from the Toronto Film Festival:

William Pohlad is mostly known as a movie producer and wealthy Minnesotan whose family owns the Twins. Now he can add feature film director to his resume. He’s done a great job making “Love and Mercy,” a terrific biopic about the Beach Boys’ Brian Wilson. At last night’s premiere here in Toronto, Wilson and Pohlad and the film got a real standing ovation– actually two of them– because the film is so moving and well made.

“Love and Mercy” still needs some trimming. It’s got four opening sequences and gets a little muddled at the three quarter mark. But all that can be fixed easily. The good news is that Pohlad and screenwriter Oren Moverman have very smartly made a film on two tracks– Paul Dano plays Wilson circa 1966 as he’s discovering he’s really a musical genius that his father is abusive. And John Cusack plays Wilson around 1994-95, when he the brain addled artist was under the sway of a real life Rasputin named Dr. Eugene Landy. ( I met Wilson and Landy in 1994, and it was quite a scene.)

The other player in this film besides Dano and Cusack is Elizabeth Banks, who plays Wilson’s second wife, Melinda. The movie shows how Melinda helped rescue Brian from Landy’s grip. They’ve been married for 19 years. Banks simply glows throughout “Love and Mercy.” She, Dano, and Cusack do outstanding work here.

Brian and Melinda were in the audience last night at the Elgin. I don’t know how Brian Wilson could sit through this story– I really hope he napped or zoned out. The man who’s written so many astonishing compositions, pop classics, and so on has really suffered all his life. He started hearing “voices” in his head in 1963, according to the film. After experimenting with drugs, Wilson fell in with Landy who drugged him to keep him under his control. And still he outlived his two talented Beach Boy brothers, Dennis and Carl.

The movie, by the way, won’t help Wilson family relations. Beach Boy Mike Love, a cousin, always known as a creep, comes off just that way.

“Love and Mercy” is a hit. Brian Wilson has gotten a decent film document of his enormous cultural legacy.